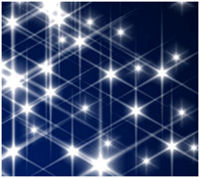 January 18, 2012 (La Mesa) – East County has long been a conservative bastion.  But with changing demographics, party registration has shifted in some communities; La Mesa is now a majority Democratic and El Cajon has only a slight Republican edge. With reapportionment, La Mesa and much of El Cajon have shifted into districts represented by Democrat Susan Davis, raising visibility for the party.
Now, local Democrats are gearing up to open a campaign headquarters in East County—and they’re hosting an “Under the Big Blue Sky” fundraiser on January 22 to support the new East County Democratic Campaign Headquarters.
The event will be held on Saturday, January 28 from 7:30 p.m. until 9:30 p.m. at the home of Stu Strenger & Crit Stuart. The address will be provided upon RSVP.
Drinks and hors d’oeuvres will be served. A suggested donation of $50 per person is requested, or $55 after January 22 and at the door.  RSVPs may be made online at https://secure.actblue.com/page/eastcounty
Or checks may be sent to SDCDP, 8340 Clairemont  Mesa Blvd., Suite 105, San Diego, CA 92111.
For more information,  call Lori Kern-Greenberg  at 619.838.6766