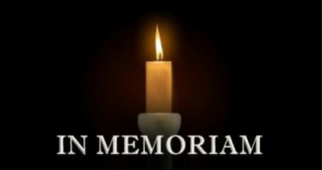 By Miriam Raftery
May 9, 2019 (San Diego’s East County) – The San Diego County Medical Examiner has identified victims killed in several recent East County accidents in Ramona, Spring Valley, Jamul and Santee.
Blake Cameron Jennings, 30, of Ramona died at the scene of a motorcycle accident on May 1st after striking a vehicle making a turn on San Vicente Road at Vista Vicente Drive.
Cesar Limon Gamez, 48, of Lemon Grove died May 1st after he lost control of his motorcycle in a curve on Jamacha Blvd. in Spring Valley.  He veered onto an embankment and struck a light pole. He died at the scene despite resuscitation efforts.
Nicole Shamoun, 35, of Solana Beach and Sarah Lindsay Constantine, 31, of California died from an apparent accident in a vehicle that crashed into a canyon.  Hikers found the vehicle with both bodies near Oak Canyon Trail near Mast Blvd. in Santee on April 28th.
Michael Wayne Towson, 57,  was traveling east on State Route 94 in Jamul on April 27th when he missed a curve and struck another vehicle head-on.  He was found without a pulse and given advanced cardiac life support by paramedics. He was transported to Sharp Memorial Hospital, where he died without regaining consciousness.
Markisha Sherrice, 43, of San Diego was struck by a vehicle on April 24 at night while crossing Jamacha Blvd. at Kempton St. in Spring Valley with friends.  Despite aggressive lifesaving treatment, she died at the scene.