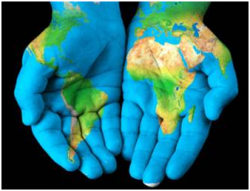 The meeting, sponsored by Activist San Diego, will be held on Monday, April 15 from 7-9 p.m. at the Joyce Beers Community Center in San Diego (across from Trader Joe’s in the Uptown Shopping Center).  Below are details on speakers and their topics.

Donna Tisdale: Chair of the Boulevard Planning Group, co-founder, President of Backcountry Against Dumps, and Secretary of The Protect Our Communities Foundation, she will speak on the health impacts of industrial wind turbines on East County residents. “We already have 25 existing wind turbines that are disrupting sleep and making people ill within at least a three-mile radius,” she says. “Industrial scale wind turbines generate electrical, low-frequency noise and infrasound that invades homes and creates stress response reactions that damage people’s lives and well-being.”

Terry Weiner :  As co-founder Solar Done Right and the Imperial County Conservation Coordinator for the Desert Protective Council, she will address the “rush to the desert for remote, industrial-scale wind and solar development” as well as the impacts.  She will also discuss public subsidies for these projects.   DPC is a plaintiff in an active lawsuit against the Ocotillo Wind Energy Facility.

Carlos Pelayo: Organizer with the Asociación de Jornaleros y Trabajadores de Casa, he will speak about indigenous movements for respect of sacred sites and about the international movement towards the rights of “Mother Earth.”

Peg Mitchell:  Member of the Public Policy Committee of SanDiego350.org as well as the Group Leader of the North San Diego County Chapter of Citizens Climate Lobby, and organizer of an April 20th fracking event at Joyce Beers 5-8pm.

Bill Pate:  An attorney who has handled a legal challenge to the Ocotillo Express Wind Facility, Pate will speak on the U-T San Diego and Imperial Valley Press “blatant disregard for the real story and failure to ask the tough questions.” He will provide example news articles and responses.”