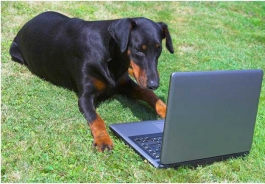 The story was part of a series on Helix Water Board rate hikes that exposed alleged violations of state sunshine laws.  This investigative reporting resulted in the Board overturning plans for a hefty rate hike viewed as inequitable by many property holders.  The Board later adopted a more modest rate increase with full public input.

"We are honored to be nominated for a Media Watchdog Award," Raftery said.  "We extend our thanks to J.W. August and the rest of the Channel 10 News team for partnering with East County Magazine on public records searches, sourcing and interviews for this important piece. This was a true team effort that also included contributions by ECM writers Kristin Kjaero, Gale Early, Dennis Moore, and Rachel Ford, with the backing of our publisher, Heartland Coalition and Heartland's executive director, Mark Hanson. Collaboration between TV and online regional media provides an excellent way to leverage each media outlet's strengths and resources. We look forward to more reporting partnerships in the future."

The awards highlight "smart, sensible practices in taxpayer-funded programs, and public service reporting on issues of concern to taxpayers," according to the SDCTA.

The Golden Watchdog is awarded to government programs/services that exemplify efficient use of tax dollars or good government practices. The Media Watchdog recognizes excellence in reporting on behalf of taxpayers. The Public-Private Partnership Award is given to those programs that are stretching taxpayer dollars through innovative collaborations between public agencies and the private sector. The “It’s About Time” award highlights a positive government program, service or action that could have been implemented sooner, but deserves positive recognition nonetheless.

The Metro Golden Watchdog finalists are:

The Regional Golden Watchdog finalists are:

The “It’s About Time” finalists are:

The Public-Private Partnership finalists are:

The Print/Electronic Media Watchdog finalists are:

The Broadcast Media Watchdog finalists are:

Winners will be honored at a special dinner at the Town and Country Resort & Convention Center in Mission Valley on Thursday, May 20. Now in its 15th year, the Golden Watchdog & Golden Fleece Awards Dinner gives the public an opportunity to voice kudos and criticism of government spending through nomination of programs that highlight the smart and not-so-smart decisions of the past year. SDCTA receives dozens of nominations from individuals and organizations throughout San Diego County.