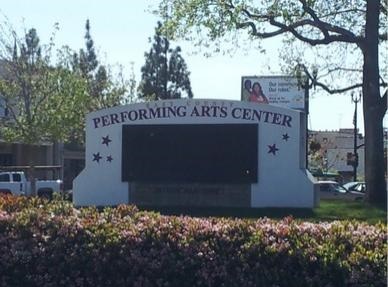 May 26, 2016 (El Cajon) - El Cajon Mayor Bill Wells promised “we are in the process of refurbishing the performing arts center and it will be open soon” in response to public comment at Tuesday’s City Council Meeting.

Councilmember Gary Kendrick responded Tuesday, “We have set aside several million dollars for the performing arts center and we are waiting for the bids to come back.”  The item will likely be on the agenda in June.

The theater closed nearly seven years ago for what was originally believed to be a brief period for upgrades to provide disabled access, but more extensive repairs were found to be needed according to a city inspection.  The city was in talks with the Rock Church to partner on funding the remodel and have a second building construction, but those talks have stalled, sources have advised ECM.  The city did appropriate funds and put out a request for bids but initially none came back within the specified budget, so a new and revised request for bids was put out.

Ray Lutz, who authored a hundred-page study on the East County Performing Arts Center, said this when asked for comment.

“The Performing Arts Center is not in such bad shape. We reviewed it extensively in detail and it could have been open this whole time. This is a public asset paid for not just with tax dollars but with contributions raised from the public. It’s like having a nice public park and playground with a fence around it and the public not allowed to use it. The Grossmont Community Concert Association would like to use it and is folding after 70 years, killed by the El Cajon City Council because they couldn’t keep their theater open. They promised it would only be closed for 24 months, and we’re coming into year seven.”

The Grossmont Community Concert Association will hold its farewell concert on June 15th at the Joan Kroc Center: http://heyevent.com/event/rau2ilyz5cgrma/grossmont-community-concert-association-farewell-concert-and-reception-featuring-guest-artist-brian-roman

Leaders at the East County Transitional Living Center (ECTLC) also spoke during public comment to express gratitude to Council members for their support of this faith-based discipleship training program. Pastor J.D. Loveland spoke, as did Andrew Lizmas, an organization member. “Thank you for allowing the East County Transitional Living Center to operate in your vicinity.” Homeless shelters are banned in much of the City under El Cajon’s municipal code regarding redevelopment.