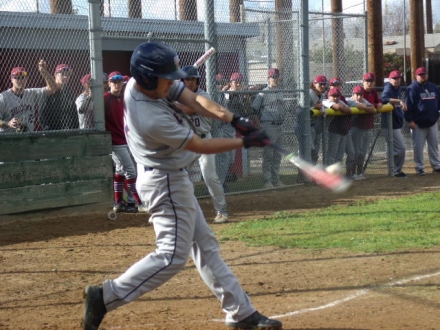 March 20, 2019 (El Cajon) - El Cajon Valley and Steele Canyon baseball are both off to rocky starts as they begin conference play against each other this year.  The Braves are 2-3 while the Cougars teeter at .500 at 5-5. They started Grossmont League play today with a home-at-home series, starting in El Cajon. ECM Sports was there for our first baseball coverage of the season.  Senior Robert Verdugo took the mound for the Braves against senior Jack Schlotman for Steele. 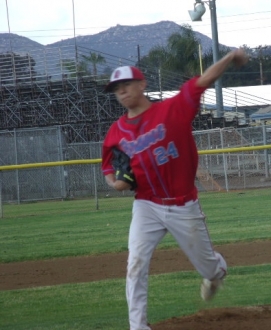 After a rain delay, the Braves found themselves in their usual first inning trouble.  After a leadoff walk to Aaron Taylor, the Steele senior rounded the bases to third on a wild pickoff attempt.  Fellow senior Eli Page’s popup fell and scored Taylor, allowing the Cougars to take the lead. Senior Carlo Camacho blasted a two-run bomb to left.  Verdugo walked sophomore Sebastian Granados and senior Richard Pedrin followed up with an RBI double. Another RBI double from junior Jonathan Ramirez gave the Cougars a big 5-0 lead after one.

Verdugo loaded the bases in the third and walked Ramirez.  Senior Cade Stein delivered with a grounder up the middle that scored two.  Verdugo walked senior Billy Tellous and seniors Gabe Vidana and Cameron Ewert to score two more runs and the Cougars struck for eight runs in the third to go up 11-0.

The Cougars struck again in the fifth with Granados’ blast to left that scored two more runs.  Junior Jalen Smith grounded into left to score Granados. Taylor’s routine easy popup somehow fell despite having three fielders surrounding the ball and another run scored.  Page was issued a walk by junior pitcher Andy Ramirez and the Cougars increased their lead to 16-0. 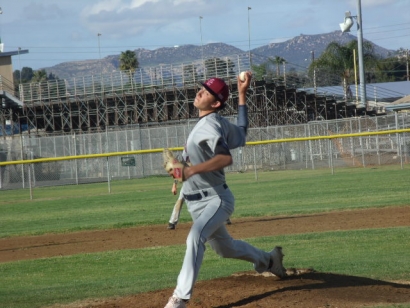 More runs came in the sixth when Stein singled to score Ewert.  Junior second baseman Mario Jacobs bumbled a potential double play ball and junior Riley Carr scored.  Steele Canyon tore the Braves to shreds with an 18-0 win to get their first conference win and move to 6-5 overall.  The Braves only managed one hit in the game and fall to 3-3 (.500) overall and 0-1 in league.

The Braves and Cougars play the second game of the home-at-home Friday at Steele Canyon.  First pitch is set for 4:00 p.m. 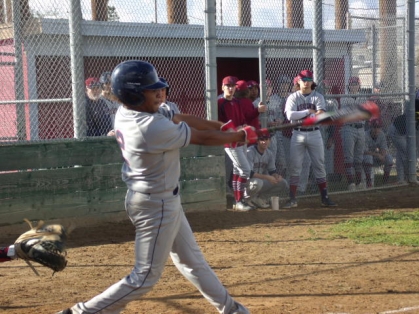 Do you want to see more coverage of ECVHS and SCHS baseball and other high school sports?  Please donate to support our nonprofit sports reporting: https://www.eastcountymagazine.org/donate