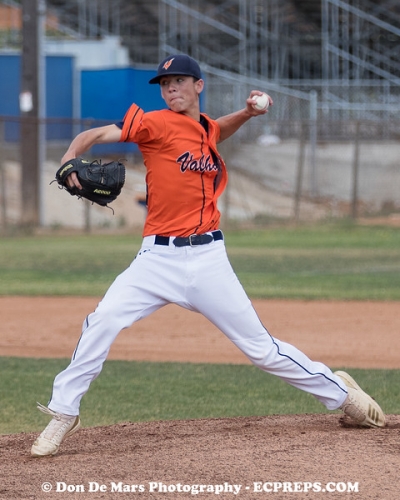 May 7, 2019 (El Cajon) - With the game in extra innings and tied at 0-0 in the bottom of the eighth inning, Joseph Ingrassia (left, 1-2, RBI, 2B) came up and smashed a double to score the game-winning run for the Norsemen on Monday afternoon.

Both teams pitching was strong as neither offense was doing anything to put together any type of momentum.

Early on Steele Canyon (17-9 Overall, 8-3 GHL) in the bottom of the first inning would start off right as Aaron Taylor (1-4) led off with a single and Richard Pedrin (1-3) followed with a hit by pitch. Facing runners on, Ingrassia went to work and was able to get out of the jam. 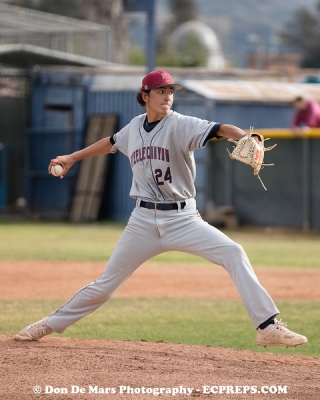 Valhalla (20-6 Overall, 10-1 GVL) thought they had something when Kyle Casper (1-3, 2B) led off the bottom of the first with a double, but nothing more would come of it.

Moving along to the top of the fourth inning when once again, the Cougars would put multiple runners on base. It all started with Carlos Camacho leading off by reaching on an error followed by Sebastian Granados (1-3, 2B) walking. but once again Ingrassia got out of the jam.

After Valhalla couldn’t do anything in their half of the seventh, the Cougars had the first crack in extra innings. Steele Canyon looked like they were going to push across a run in the top of the eighth inning when with one out, Granados ripped a ball to left field for a double.

Steele Canyon was in business with a runner on in scoring position and only one out, but Riley O’Sullivan, who came into the game in the seventh inning, had other ideas. He was able to shut down the Cougars with punch outs of the next two batters to end the inning.

Still scoreless, the Norsemen with one out gave themselves the momentum when with one out Ryan Perot (2-3, R, 2B) jolted a lined shot to right field for a double, Kyle Casper followed with a walk.  Up stepped Ingrassia, who drove in Perot for the game-winning RBI. 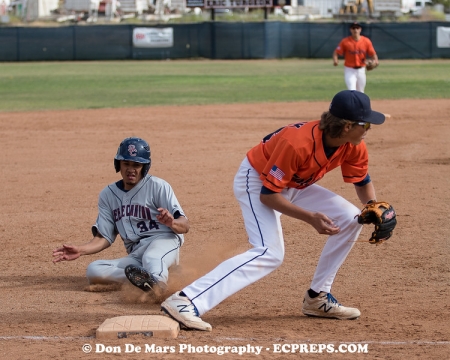 The win by Valhalla gives them the Grossmont Valley League Crown outright for the third consecutive year and also makes them winners of their last six out of seven contests entering the season finale on Wednesday at 4 p.m. out at Steele Canyon High. 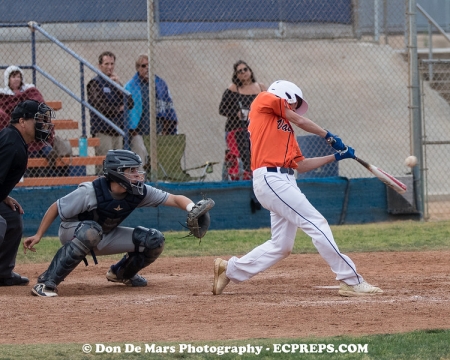