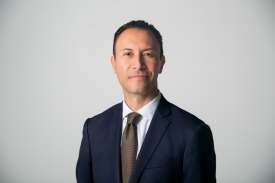 February 29, 2020 (East County) – The Pacific Southwest Association of Realtors (PSAR), a 3,100-member real estate trade group for San Diego-area realtors with an office in El Cajon, has announced its endorsement of two San Diego County Board of Supervisor candidates for the March 3 primary election.

Both seats are open due to term limits for the incumbents. A number of other candidates are in the races for a seat as a County Supervisor. The top two vote-getters in the primary election for each seat will advance to the November runoff.

According to PSAR, research was completed on the two candidates’ voting record and public comments relating to preserving and protecting property rights and supporting public policies and initiatives that promote participation in the American dream of homeownership and property investment, as well as strengthening the ability of Americans to own, buy and sell real property. The endorsements were approved by members of the PSAR Government Affairs Committee and Board of Directors.

Anderson, a Republican, is hoping to succeed Dianne Jacob, who has served for the past 28 years. Jacob, first elected as Supervisor in 1992, is termed out after six terms. The Second Supervisorial District, the largest of the county’s five districts, features more than 2,000 square miles and more than 50 communities and cities in the East County, including the unincorporated communities of Lakeside, Alpine, Ramona and Julian along with the cities of El Cajon, La Mesa, Lemon Grove, Santee and Poway, as well as the city of San Diego communities of Allied Gardens, College Area, Del Cerro, Grantville, Navajo, Rolando and San Carlos.

Castellanos, a Democrat, is hoping to succeed Greg Cox, who was appointed in 1995 to replace Brian Bilbray, who moved on to the House of Representatives. Cox has served for six terms. The First Supervisorial District includes the cities of Coronado, Imperial Beach, Chula Vista, National City and communities within Southeast San Diego, Point Loma, Sunset Cliffs and parts of downtown San Diego. The district also includes the unincorporated communities of Bonita, Sunnyside, Lincoln Acres and East Otay Mesa.

The Pacific Southwest Association of REALTORS® (PSAR), founded in 1928, has played a significant role in shaping the history, growth and development of greater San Diego County by providing educational training, advocacy and other services and resources to its REALTOR® and affiliate members. Operating three services centers in Chula Vista, El Cajon and Clairemont, PSAR provides an outstanding local personal service experience and superior statewide CRMLS service, along with Sentrilock, Supra, retail store, MLS training and REALTOR® education, networking and much more. PSAR’s mission is to empower REALTORS® while adhering to the highest standards of integrity and Code of Ethics. For more information, visit www.psar.org.