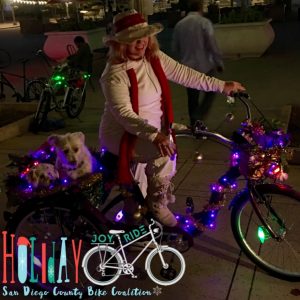 After the festive spectacle, the organization will present its Golden Gear Awards to local two-wheeled heroes including Lakeside residents David and Nancy Nichols and La Mesan Pauline Callahan, volunteers of the year.


WHY: According to the Bike Coalition, 2017 has been a year of great progress toward making San Diego a better place for people to ride bikes. Other 2017 Golden Gear award winners include: