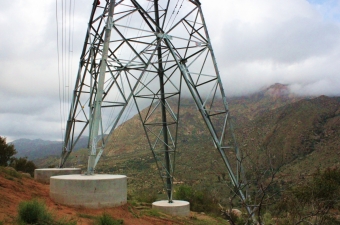 August 4, 2017 (Deerhorn Valley) – The Deerhorn Valley Antler, in an email to its  Jamul-area residents, states that a resident has stepped forward to assemble a legal team hoping challenge the distribution of Sunrise Powerlink mitigation grants.  Deerhorn Valley Antler editor Kim Hamilton writes, "They now have the basic [original] documents along with additional ones that have recently surfaced.  This team is experienced in previous lawsuits vs. Sempra and the recent Porter Ranch gas leak.”

The Deerhorn Valley Community Association made a presentation recently to the Jamul-Dulzura Planning Group about a grant program intended to help residents near Sunrise Powerlink fund brush clearing and fire hardening to mitigate increased fire risk.  To win approval of the Powerlink high voltage line, SDG&E agreed that grants should be distributed to homeowners at highest risk of structure damage from a transmission line fire.

“This is not passing the smell test,” Deerhorn Valley Antler Editor Kim Hamilton writes. The legal team is currently working to assess grounds for legal action, she told ECM.

SDG&E declined to send a representative to the Jamul-Duluzura planning meeting.

Last month, SDG&E’s Allison Torres advised ECM that SDG&E is a “non-voting member of the Sunrise Powerlink Fire Mitigation Board (SPFMB) and we do not run, administer or make any grant decisions. Our only role is to fund the program, which we have been doing.”

But Hamilton says she has contacted Mecham  and he has not responded to her inquiries.