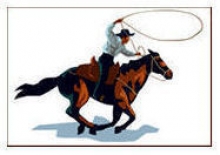 What might have saved these veterans? (San Diego Union-Tribune)

At least 27 veterans under age 45 died by suicide in San Diego County between 2014 and the first half of 2015…The majority suffered from depression or post-traumatic stress disorder after serving in a combat zone since the Sept. 11, 2001, attacks..San Diego provides a rare window on post-9/11 veterans and the issue of suicide, perhaps one not available anywhere else in the nation. With nearly 28,000 post-9/11 veterans, the county is the nation’s largest hub of Iraq and Afghanistan war-era veterans.

A San Diego public utility is paying off a contract for subsidized electricity it no longer uses and its customers are footing the $80 million bill, the utility claims in court…California regulators say Chevron sabotaged the finances of a subsidiary that once supplied the San Diego Gas & Electric with electricity, and refused to take over transportation costs after the contract expired.

San Diego’s overabundance of water during one of California’s worst droughts has reached a new, absurd level. The San Diego County Water Authority has dumped a half billion gallons of costly drinking water into a lake near Chula Vista. Now that drinking water has been poured into a lake, the water must be treated a second time before humans can consume it…The drinking water that’s now been dumped into the lake includes desalinated water, some of the most expensive treated water in the world.

When it debuted in 1935, the Starlight Bowl was a civic gem.  The 3,500-seat outdoor venue, then known as the Ford Bowl, drew crowds to Balboa Park during the famed California Pacific International Exposition and in decades to come, countless rock concerts and plays.  Now it’s filled with weeds.

It's been more than a year and a half since the city of San Diego launched its open data initiative to make public all sorts of information — from city salaries to parking ticket details — but not much is there for the viewing.

California Attorney General Kamala D. Harris asked a federal appeals court to reinstate a case brought by San Diego heirs of a Jewish art collector forced to give up a valuable Pissarro painting by Nazi functionaries.

When federal, state and local officials warn our region that a strong series of winter storms is approaching and San Diegans should prepare for possible flooding, most homeowners do their part. Residents should, in turn, be able to trust that the city is doing everything it can to ensure city-owned assets and infrastructure that may pose danger in heavy rains are operational and not jeopardizing local families.

Mike Fitzsimmons of the Yuima Municipal Water District became the first director to be claimed by a recall organized by insurgent growers in the tiny district located in Pauma Valley. In a mail-in election the voters of Division 2 voted 37 votes to 20 (64.94% to 35.09%) to recall Fitzsimmons

A Southern California lawmaker said Wednesday that he will seek to bypass Gov. Jerry Brown and ask voters to break apart the California Public Utilities Commission following allegations of wrongdoing.

Republican Rocky Chávez stole the stage in Monday’s U.S. Senate radio forum by announcing he was dropping out and running for reelection to the state Assembly. Then he left…But the show went on, with GOP candidates Duf Sundheim and Tom Del Beccaro sharing their views on a range of topics – from taxes to immigration to cutting funding for Planned Parenthood.

For the first time, scientists have reported that the underground disposal of wastewater from oil drilling has probably triggered earthquakes in California, a problem already rattling nerves in Oklahoma and other states.  Researchers on Thursday tied a September 2005 swarm of moderate earthquakes in Kern County to three wastewater disposal wells nearby.

The trial for Enrique Marquez, accused of supplying assault weapons to the husband and wife who massacred 14 people in San Bernardino, California, has been postponed until July, prosecutors said Thursday.

The panel charged with protecting 1,100 miles of California's coastline meets Wednesday in Morro Bay to decide if its executive director, Charles Lester, should stay or go. Charles Lester, the commission's executive director since 2011, is under fire from some members of the panel, which will meet Wednesday in Morro Bay to decide whether to oust him. Environmentalists who support Lester say the effort to fire him is motivated by some commission appointees who want to make the panel more pro-developer.

On Thursday, the CPUC raised fees for solar panel owners, but did not approve the higher charges requested by the state's utility companies, including San Diego Gas & Electric. California's goal is to move the state toward the use of renewable energy sources, but how exactly do you charge for sunlight?