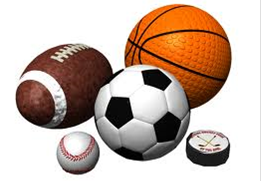 Grossmont High product Ben Brault started on the mound for the Pittsburgh Pirates as he pitched five innings and gave up six hits, three runs, (three earned), three walks and four strikeout and went 1 for 1 with a single, one, RBI and one run scored as the Pirates defeated the San Diego Padres by a 11-10 score.

Granite Hills Eagles product Travis Taijeron went 2 for 3 with a single along with a solo homer for the Syracuse Mets as they were defeated 5-1 by the Gwinnett Stripers.

Travis Taijeron made an appearance as a pinch hitter for the Syracuse Mets as he went 1 for 1 with a single as they defeated the Lehigh Valley IronPigs 3-2.

Grossmont's Joe Musgrove improves his record to 6-7 on the season as he pitched six innings, gave up nine hits and five strikeouts for the Pittsburgh Pirates as they defeated the Houston Astros 10-0.

West Hills standout Steve Strasburg improves his record to 9-4 on the season as he pitched seven innings, gave up seven hits, four runs (four earned) and struck out four as the Washington Nationals defeated the Miami Marlins 8-5.