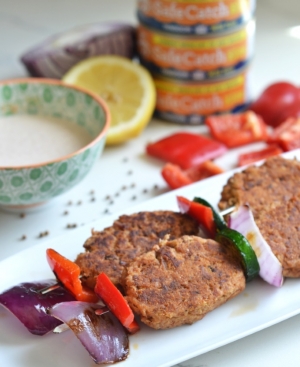 Recipes and photos courtesy of Safe Catch Tuna
Photo, left: Tandouri tuna kebabs
May 1, 2020 (San Diego) -- People are eating at home more amid the pandemic. With everything going on it can be hard to get creative with what you have on hand, while you are trying to avoid running to the store to pick up that missing ingredient or spice, at a time when many are also on reduced income. As people stocked up on non-perishable pantry goods, one thing that many people loaded their shelves with was canned tuna.
A tin of tuna is not just good for sandwiches and cheesy noodle casseroles. Tuna is a versatile protein that can be used in a variety of dishes. Here are a few recipes to spark creativity with this pantry staple.
Tandoori Tuna Kebabs
INGREDIENTS:
INSTRUCTIONS:
- Recipe created by https://littlebitsof.com/
Mexican Tuna Stuffed Zucchini Boats 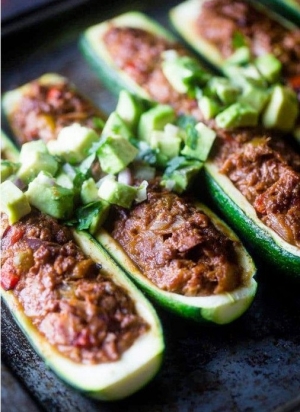 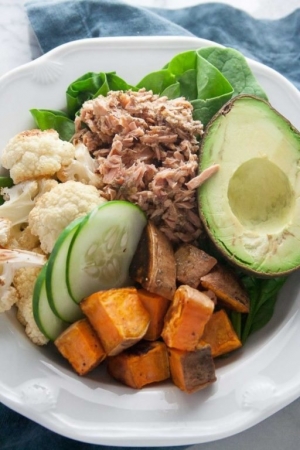 INGREDIENTS:
INSTRUCTIONS:
- Recipe created by https://littlebitsof.com/
Seafood is a valuable source of vitamins, minerals, essential fatty acids and lean protein, but climate change and pollution have resulted in rising mercury levels in seafood. Safe Catch is a technology-driven seafood company seeking to revolutionize the seafood industry by offering mercury-tested, sustainable and delicious seafood. Safe Catch developed proprietary testing technology to enable the company to test every single tuna fish used in its products for mercury, guaranteeing its products have the lowest mercury limit as no other company tests to this degree. Safe Catch applied the same testing methodology when it introduced salmon, and the company has grown even further with the addition of mercury-tested sardines to its product mix. Safe Catch Elite tuna products average 22 times below the FDA mercury action limit. All Safe Catch tuna are sustainably caught using Pole-and-Line or FAD-free fishing methods.
Safe Catch products are available in over 12,000 stores nationwide, including: Kroger, Publix, Vons, Shoprite, Wegman’s, Sprouts Farmer’s Markets, Ahold/Delhaize, Harris Teeter, Safeway Giant Eagle, HEB, Jewel Osco and Roundy’s. Safe Catch is also sold online at safecatch.com, Amazon, and Thrive Market.