A podcast tape is now available to listen, if you missed the show:  http://www.windwiseradio.org/2012/05/fighting-for-feathered-friends-sun-52012-7pm-et/ 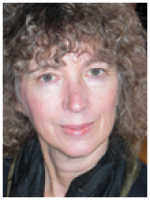 May 20, 2012 (San Diego’s East County) – Tonight from 4 p.m. to 5 p.m. Pacific Standard Time, East County Magazine editor Miriam Raftery will be a guest on WindWise Radio.  The network, which specializes in wind energy issues, broadcasts nationally via live-stream over the Internet.

Today’s show will focus primarily in the impacts of industrial wind projects on wildlife and will include concerns raised for wildlife in the Ocotillo and McCain Valley areas, where massive wind projects have been approved by the Bureau of Land Management on public lands where wildlife protections have been severely eroded.

Raftery, who holds a degree in Environmental Studies from the University of California, Santa Barbara, has long been an advocate of addressing global climate change.  However in dozens of articles and investigative reports, the national award-winning editor/journalist has voiced serious concerns about impacts of industrial-scale wind projects on wildlife, human health, the environment, and Native American cultural resources. She has also exposed faults in the federal fast-tracking of renewable energy projects--a process that has stifled citizens' voices and rights.

Raftery's reports on wind energy issues can be found at www.EastCountyMagazine.org in the Green Living section.

In addition to Raftery, the program will also feature Ileene Anderson from the Center for Biodiversity.  Get more details at www.windwiseradio.org.

If you miss the show or want a copy, a podcast will be available afterwards (typically the next day) on the website.

Give 'em hell, Miriam. Show 'em for what they really are: desert destroying exercises in crony capitalism.