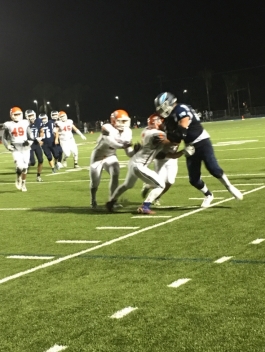 September 1, 2017 (El Cajon) - ECM Friday Night Lights traveled to Granite Hills this week for the first Battle of El Cajon of the season as the Eagles and the Norsemen of Valhalla went head to head. As hot as the Eagles are, they are 0-1 to start the season.  The Norsemen, meanwhile, are off to a good start at 1-0. 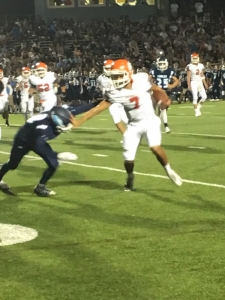 Whatever Kellen Cobbs is teaching the Eagles about possession, it's working.  The Eagles controlled the ball for most of the first quarter and were rewarded with a touchdown when senior quarterback Jacob Siegfried punched it in.  Add the extra point and the Eagles led 7-0.

Siegfried ran it in again for the score in the second quarter as the Eagles strung together another dominant drive with excellent ball movement that allowed them to go up 14-0.  Another touchdown secured the fact that the Eagles were absolutely pounding on the Norsemen, leading 21-0.  Valhalla got on the board just before the quarter ended.  Senior Ty Schimke caught a screen pass and ran it in for the score.  The Norsemen tacked on a two-point conversion and trailed 21-8 at the half.

Valhalla's Bryan Madriz tacked on a field goal late in the third to trail 21-11.

But the Eagles pulled further away in the fourth with another touchdown to make it 28-11.  Senior running back David Gonzalez added another six points on the ground and though the extra point was no good, the Eagles continued their clawing of Valhalla, leading 34-11.  Madriz ran it from Valhalla’s 31 yard line to the opposite end zone to give the Norsemen a little bit of a spark, but the Eagles put it out quickly as they dominate the Norsemen in a 34-17 victory.  Both teams move to 1-1 on the season. 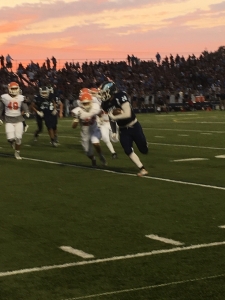 Next week, the Eagles host the Cougars of Steele Canyon.  Kickoff is at 7:00 p.m. on the blue turf.  As for the Norsemen, they travel to Spring Valley for a contest with the Mount Miguel Matadors.  Kickoff at the Mount is at 7:00 p.m. 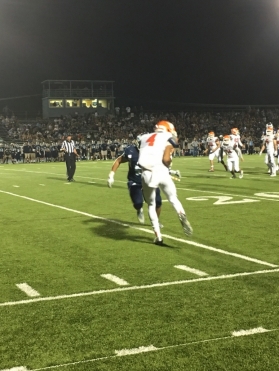 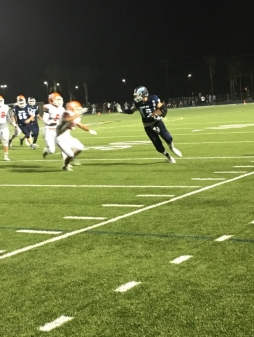