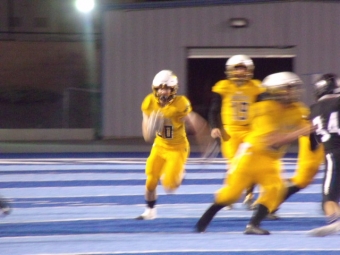 September 22, 2018 (Santee) - ECM Sports is excited about this week’s edition of Friday Night Lights.  It comes to you from West Hills for the first time, where the incredibly aesthetically pleasing blue field greeted us.  Tonight, the Pack hosted the Vaqueros of El Capitan in the inaugural Tony Burner Memorial Cup, named after the late Wolfpack quarterback and Vaquero coordinator who passed away a year ago.  Burner was the son of El Capitan head coach Ron Burner.  These two are polar opposites of each other; the Vaqueros were struggling at 1-3 heading into tonight, while the Wolf Pack were undefeated at 4-0. 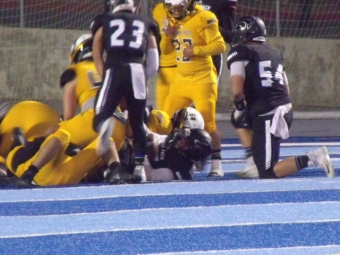 West Hills put together an impressive first drive—including a huge run by senior quarterback Jordan Young that put the Pack on the Vaqueros’ 20 yard line—but ultimately, the Vaqueros defense stuffed the offense and drove right downfield on their next possession, with junior quarterback Wick Hauser’s pass to senior wide out Nathan Schunk, who made a leaping catch in the end zone for the score.  The Vaqueros led 7-0.  On the Pack’s very next drive, Young’s pass was intercepted by senior Bryce Smith, who returned it all the way down for a pick six to give the Vaqueros a 14-0 lead after one.

In the second quarter, West Hills was faced with a 4th and 3.  Naturally, Jack Browning was on the field.  But the senior wasn’t kicking…he was running!  Browning took Young’s pitch and ran it in for the score to get West Hills on the board, now trailing 14-7.  But the Vaqueros recovered from that blunder easily as Hauser and Schunk connected again for another Vaqueros touchdown to go up by two scores again at halftime, 21-7. 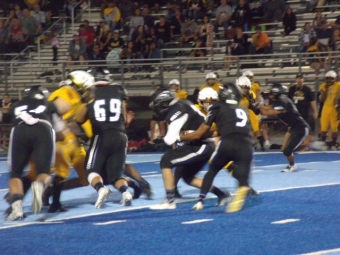 In the third, Young made himself star of the show.  First, he completed a long first down pass to senior Trent Oberg, then he ran it all the way in from midfield himself for the West Hills score.  Browning’s extra point attempt was blocked and West Hills trailed 21-13 after three quarters.

Despite the Pack’s efforts, El Cap tried to ice the game in the fourth, starting with senior Marlon Pineda’s field goal to make the score 24-13.  Young didn’t give up.  On the first play of the next Wolf Pack drive, he ran it all the way downfield for another score.  The two-point conversion was good.  We had a three-point ballgame at 24-21.  But Hauser crushed the Pack’s hopes like he’d been doing all game.  Thanks to a litany of penalties from both teams, the Vaqueros found themselves at the goal line thanks to the Wolf Pack and Hauser punched it in himself at the one to win the first Tony Burner Memorial Game 31-21 and even better, hand West Hills their first loss of the season as they fall to 4-1.  The Vaqueros move to 2-3. 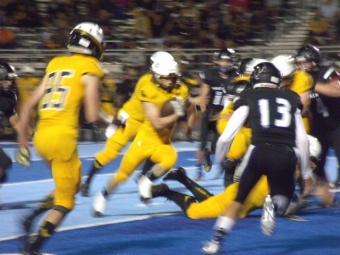 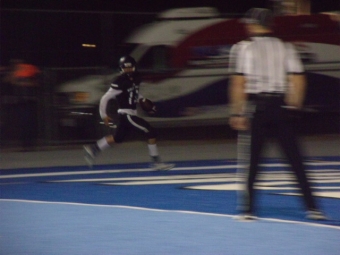 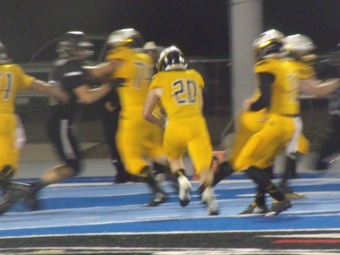 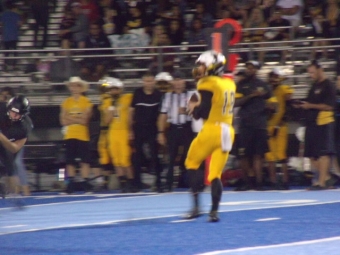 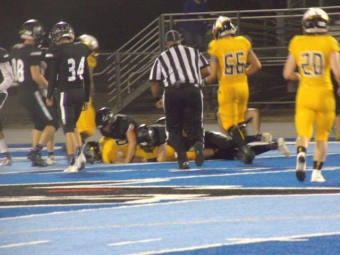 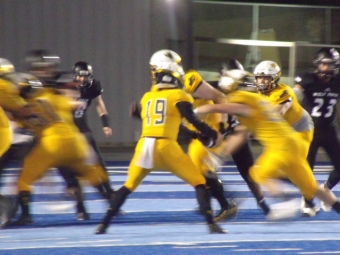 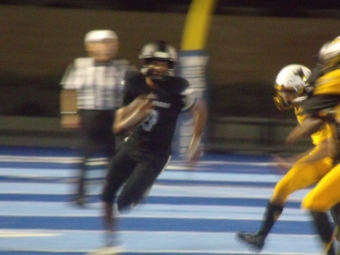 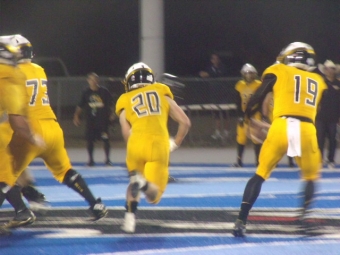 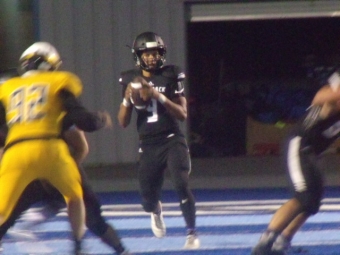