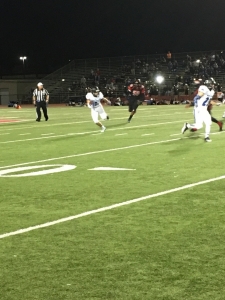 Like our sports coverage?  Donate to help support ECM’s sports section! Type in “Sports” on the donation line!

September 15, 2017 (Spring Valley) - ECM Friday Night Lights stuck around Spring Valley this week to see the Matadors of Mount Miguel square off against a school we don’t get to report on often:  the Wolf Pack of West Hills High.  The kids from Santee left their blue turf this week with a 2-1 record on the young season.  The Matadors are improving, but still in the loss column at 1-2. 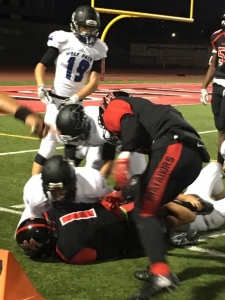 The Wolf Pack jumped out on top first in the second thanks to a costly mistake by the Matadors.  After senior Jarvis Heard dropped the punt return, West Hills recovered the ball at Mount Miguel’s 13 and a short pass from junior quarterback Jordin Young to senior wide out Cade Weaver gave the Wolf Pack a 6-0 lead.

The Matadors came right back.  Quarterback Mugabe Miller fired a strike into the end zone to sophomore Jaheim Allen for six.  West Hills blocked the field goal and we were tied at the half.

The Wolf Pack reclaimed the lead after a big run by senior Austin Dill allowed Young to punch it in for the score in the third quarter.  But Miller ran for 28 yards for the touchdown on a quarterback keeper at the buzzer to tie the game again at 13 headed to the final quarter of play. 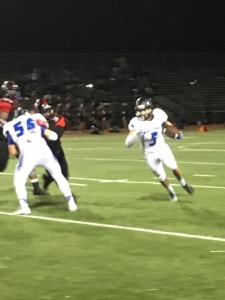 But the Matadors’ hard work would be in vain in the fourth as Young connected with Weaver for the score and the Wolf Pack took a 20-13 lead.  The Matadors weren't done yet.  Miller aired a pass on fourth and long to Heard in the end zone for the third game-tying Matador score of the game.  The Wolf Pack would prevail, however.  With three seconds left in the game, Weaver kicked a field goal that just barely made it through the uprights and that gave us our final from the Mount.  The Wolf Pack win 23-20 and move to 3-1.  The Matadors fall to 1-3.

Next week, the Matadors take a rest from East County schools and travel to Imperial High School. 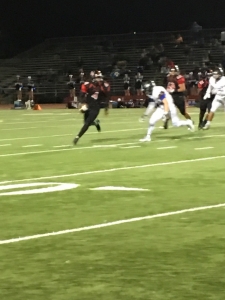