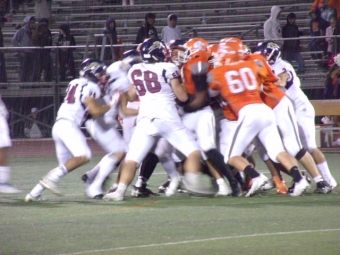 October 13, 2018 (El Cajon) - It happens every year; the Cougars make their way up the hill from Campo Road to Hillsdale Road for a battle to claim the street that unites them both.  Week eight of ECM Friday Night Lights brings you the midseason East County classic, the Battle for the Jamacha Trophy.  It’s been a year since Thomas Fishburne led the Cougars to victory on Norse turf to keep Steele Canyon the owners of Jamacha Road.  He’s at Southwestern College now.  Can the Cougars still defend their stretch of pavement without him? 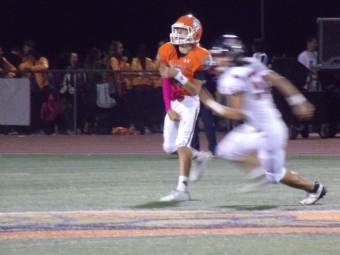 The short answer:  yes.  The long answer:  BIG yes and the seniors made it happen.  We had barely shown up to Valhalla when senior quarterback Nathan Barnett aired it to junior Chris Carter for the 7-0 lead.  Senior back Kenneth Watson took it in at the goal line for another score to give the Cougars a 14-0 lead after the first quarter.

In the second, sophomore running back Wesley Neely III had a mammoth run downfield to the goal line to set up Barnett’s pass to senior wide out Matthew McGrane for the touchdown.  The Cougars were now up by three scores, 21-0, and we weren’t even done with the first half.  Luckily for the Norsemen, they made it through the rain to the end  of the first half without any more damage and the Cougars led 21-0 at the half.  That would be the final score as lightning delayed the rest of the game.  The Jamacha Trophy stays at Steele for another year as the Cougars win 21-0 and improve to 6-2 and 2-1 in league.  The Norsemen remain winless at 0-8. 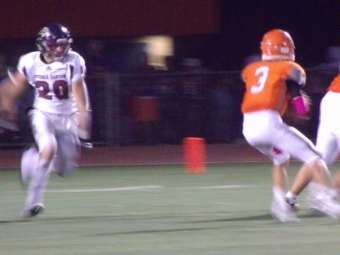 The Norsemen head to Lakeside to face El Capitan next week at 7:00 p.m.  The Cougars head back to Steele Canyon with Jamacha Road safely in hand and will host Grossmont at 7:00 p.m.