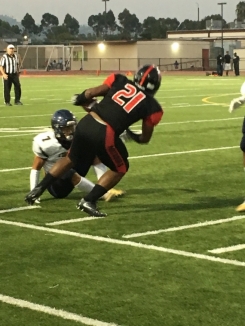 Does your son or daughter play a sport at a level other than varsity?  Drop a line on this story or to @ECMagSports on Twitter to request coverage!

August 25, 2017 (Spring Valley) - High school football is officially back and that means ECM Friday Night Lights is back too!  In week one, we visited Mount Miguel High School for an exhibition matchup between the Morse Tigers and the Mount Miguel Matadors. 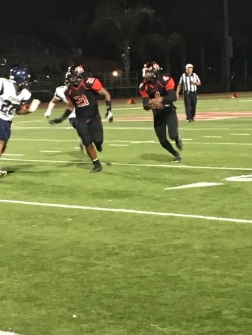 As eager as the Matadors were to start this season off right, the Tigers had different ideas.  A 72-yard run gave Morse a 6-0 lead in the first quarter after the Matadors’ special teams came up big and blocked the extra point.  A little bit later, the Matadors’ defense came up big for the fourth down, but couldn't stop the Tigers’ running game as they ran in another score, this time for 41 yards.  Mount Miguel’s special teams did their job again and Morse led 12-0 after one.

At the end of the second quarter, the Matadors made their mark on 2017.  Quarterback Mugabe Miller scored the first points of the season with a QB sneak.  Despite the extra point being no good, the Matadors were back in the game, heading to the locker room down 12-6.

But in the third quarter, the Tigers’ run game was one again the Matadors’ Achilles heel.  This time, the Tigers ran it in for a 60-yard score and a two-point conversion made it 20-6 Morse. 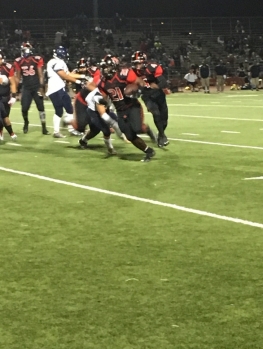 The Matadors tried their hardest to stay in it.  They marched down the field at the end of the third quarter thanks to a big pick by senior Santino Pacheco and a minute into the fourth, Miller punched it in for his second rushing touchdown of the night.  Add the extra point and the Matadors were down by six again, 20-13.

Miller secured the hat trick rushing touchdown late in the fourth, but it wasn't enough.  A field goal block by Morse's Martell Irby stopped the Matadors from finally tying the game and the Tigers made their way down the field the very next drive for a game-sealing touchdown and Mount Miguel dropped their season opener 26-19.

Next Friday, the Matadors continue exhibition play against the Spartans of Chula Vista High School.  Kickoff is at 7:00 p.m. 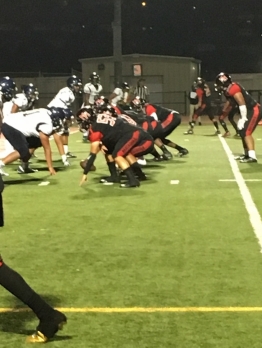 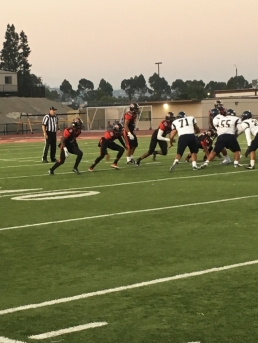