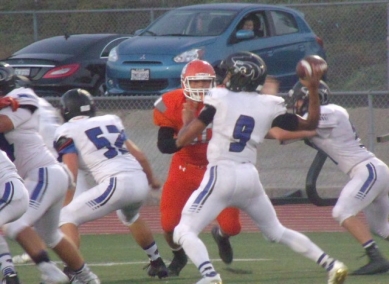 Like our sports coverage?  Donate to help support ECM’s sports section!  Type in “Sports” as your donation!
Follow @ECMagSports on Twitter for live sports coverage and stories!

August 24, 2018 (El Cajon) - Week two of ECM Friday Night Lights takes us to El Cajon for a huge early season East County matchup between the Valhalla Norsemen and the West Hills Wolf Pack.  The Norsemen are coming off a 41-14 loss at University City last week, while the Pack come back to San Diego carrying the momentum from a 20-3 win against Southwest El Centro. 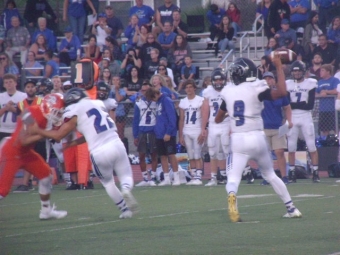 Both teams went three and out on their first possessions and on their second drive, the Wolf Pack threatened and led us to the end of the first quarter scoreless.

A costly near turnover in scoring range to open the second forced the black, white and purple to attempt the field goal.  Senior Jack Browning’s short kick was good to put West Hills on top.  The Pack showed expert time management and towards the end of the half, junior quarterback Jordin Young, who was impressive on his feet all throughout the first half, ran it for a big gain downfield and at the goal line, he tossed it in to senior Dylan Smith wide open in the end zone.  The extra point was good and West Hills went to the locker room up 10-0 over the Norsemen. 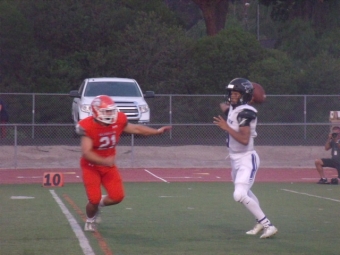 In the third quarter, the Pack marched down the field again and junior Austin Peat punched it in at the one for another Wolf Pack touchdown.  Despite a monster kick return by junior Kegan Baker, Valhalla stayed off the board after their fake field goal attempt was unsuccessful and we ended the third with West Hills up 17-0. 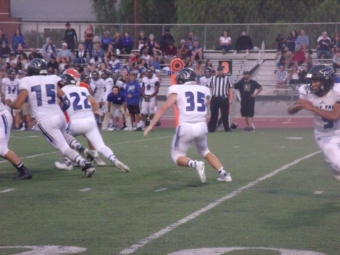 The Norsemen eventually did get on the board after a great drive downfield.  Senior Kiare Worthy punched it in at the one yard line to at least get Valhalla a touchdown in the loss.  Young added a 45-yard rushing touchdown to put it away and hand the Norsemen an 0-2 start to the season.  West Hills wins this one 24-7 to move to 2-0 on the year. 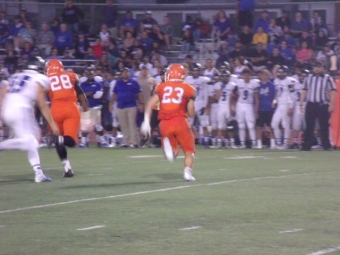 The Norsemen stays at home and in the Grossmont League as they host the Matadors of Mount Miguel next week for a 7:00 p.m. kickoff.  The Pack return to Santee to greet Sante Fe High from Santa Fe Springs in L.A. County at 7:00 p.m. 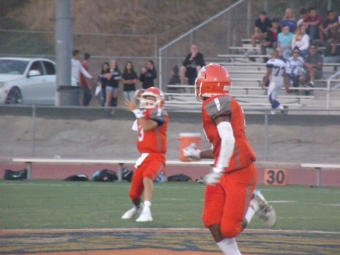