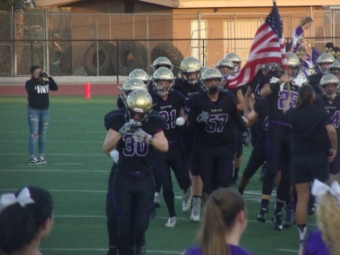 August 18, 2018 (Santee) - It’s finally back.  You’ve waited all winter, spring and summer for it.  ECM Friday Night Lights has returned and it’s back and better than ever.  Our first stop is to Santana High, where we also got our first glimpse of not only the 2018 Sultans, but also of the Red Hawks, who made the journey in from Mountain Empire High School in Pine Valley. 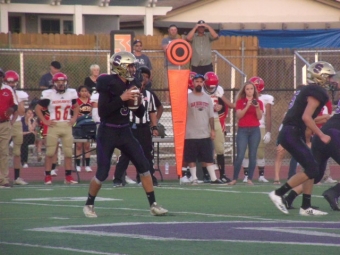 The first quarter was scoreless, but the Sultans threatened towards the end of the quarter and six seconds into the second, junior quarterback Nathan Temple punched it in himself for a Sultan touchdown.  A few plays later, Temple pitched a short pass to junior wide out Randall Smith and the Sultans upped their lead to two touchdowns to lead 14-0.  Temple and Smith connected one more time before the half was out on Temple’s line drive pass to a wide-open Smith in the end zone and Santana was blowing out Mountain Empire at the half, 21-0.

Midway through the third quarter, the Sultans went for it on fourth down and Temple’s pass was complete for a fresh set of downs.  And to celebrate, junior running back Brooks Moutaw charged into the end zone from the 26 yard line for another Sultans score to go up 28-0.  Senior Ian Litten ran it in at the goal line for another Santana touchdown with two minutes left to get the Sultans to the fourth up 35-0. 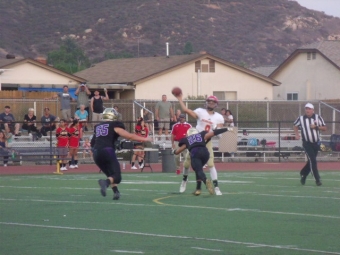 mpire finally got on the board at the start of the fourth quarter with senior Estaban Castillo’s run to make it 35-7, but senior Colton Snipes took it all.  The.  Way downfield from the 24-yard line to make it a four-score game again and the Sultans carried it to the end for a great start to the season, winning 42-7 on their home field. 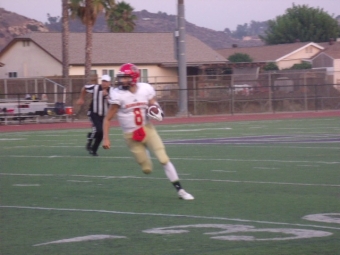 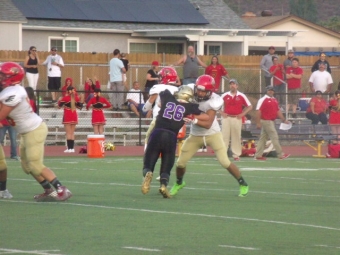 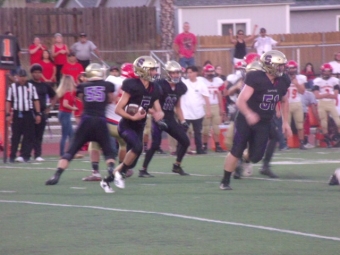 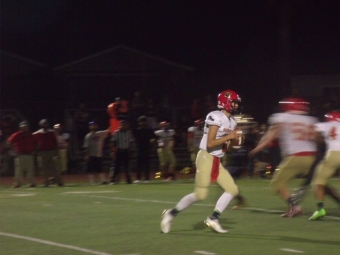