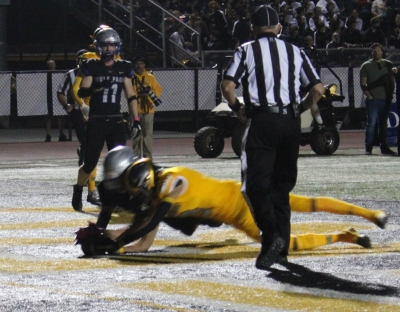 Story and photos by Liz Alper
October 28, 2022 (Lakeside) - For the last game of the regular season, ECM Sports headed out to Lakeside to take in El Capitan football for the first time this season as they took on West Hills.  The Vaqueros have had a great season, sporting a 7-2 overall record and a perfect 5-0 record in the Grossmont Valley league.  The Wolf Pack are doing pretty good too, 6-3 overall with a 4-1 record in league.

We just set foot on the field sophomore wideout Chance Lachappa caught the touchdown pass that countered West Hills’ earlier score to tie us at seven apiece after one. 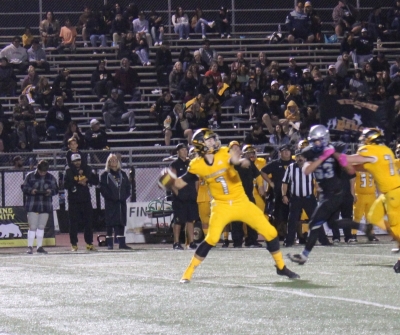 After being stoned by the Vaquero defense, senior Tyler Haley kicked a short field goal to reclaim the lead for the Pack, but late in the quarter, sophomore quarterback Brandt Barker aired it to senior wideout Jaylin Padilla, who took it to the house to put the Vaqueros on top again at the half, 14-10.
In the third, El Cap extended their lead when a huge 80-yard reception by junior wideout Andrew Conyers put the Vaqueros at the three yard line, where junior running back Julian May punched it in.  May made the catch in the endzone again on El Cap’s next possession.  Haley hit a field goal at the end of the quarter, but the gold and black had one more trick up their sleeves.  Barker pitched it to senior running back Angel Diaz, who pitched it back to Barker, who aired it 73 yards to Lachappa, who took it in for the score and the Vaqueros led 35-13 after three.
El Cap wasn’t done yet.  Barker threw a short touchdown pass to Conyers in the fourth and the Vaqueros rode on to a 42-13 victory and remain perfect in league with a 6-0 record and finish the season 8-2.  The Wolf Pack finish 7-3 overall and 5-1 in league. 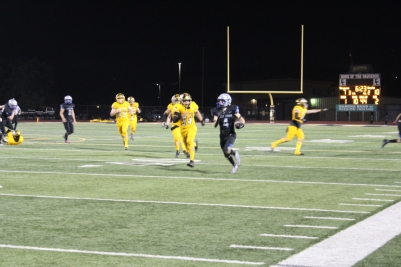 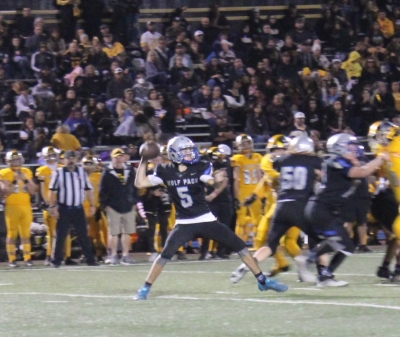 Does your child play a sport at a level other than varsity?  Comment on this story or tweet @ECMagSports to request coverage!