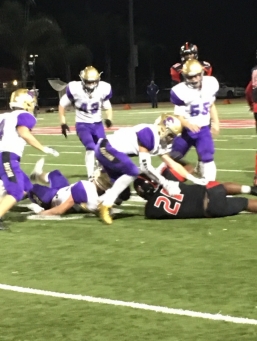 Check out our Sports section for more sports stories!

November 3, 2017 (Spring Valley) - For the last game of the season, ECM Friday Night Lights went back to our old stomping ground:  Mount Miguel High School.  They faced a team we’ve never covered; the Sultans of Santana.  The purple and gold haven’t had the season they wanted, sporting a 4-5 overall (1-2 in league) record.  The Monarchs have done a little better since we saw them last, but still hold a 3-6 overall (1-2 in league) record. 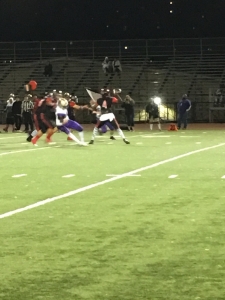 The first quarter was exciting, not score-wise (because there was no scoring), but penalty and turnover-wise.  There were two interceptions—one for each team—and at one point, the Matadors faced a—wait for it—4th and 49.

Senior quarterback Josh Oedewalt was tired of the penalties too and at the end of the second, he decided to take advantage of the Matadors’ lack of composure with a quarterback sneak and the Sultans took a 7-0 lead to the locker room.

It was a low-scoring game, but it became a game in the third.  Sultans senior kicker Timothy Tischer added three after a three-and-out.  The Matadors finally got on the board with senior quarterback Mugabe Miller’s QB scramble that he took all. The.  Way--79 yards to be exact--downfield to the end zone for six.  The Sultans blocked the extra point. 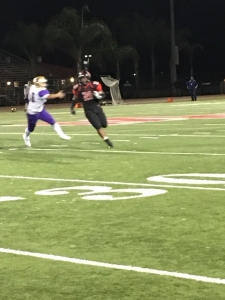 Long ago, the Grossmont League lived in harmony.  But then, everything changed when Santino Pacheco attacked.  The senior and homecoming king (and just overall king of Mount Miguel, really) returned a punt all.  The.  Way--62 yards--down to the end zone, the penalties were on Santana now and the Matadors were out in front 12-10 after three quarters.

He wasn’t done yet.  In the fourth, Pacheco yelled “ARE YOU NOT ENTERTAINED?!” and returned—why not?—another punt all the way downfield for six.  The two-point conversion was good and Mount Miguel pulled away even further.  But there was more.  After a pretty interception by sophomore Patrick Chima, Mount Miguel’s Shemar Greene punched it in.  Oedewalt did add one more on a last-ditch effort by the Sultans on a scramble into the end zone.  What happened next, even we couldn’t believe.  With a minute left in regulation, Oedewalt passed to senior Cameron Kane for the touchdown.  26-24.  The Sultans tried for the two-point conversion, but Oedewalt’s pass to sophomore Randall Smith in the end zone was incomplete and a wild finish on the Mount as the Matadors hold on to win 26-24 and both teams finish the regular season with a 4-6 overall record (2-2 league). 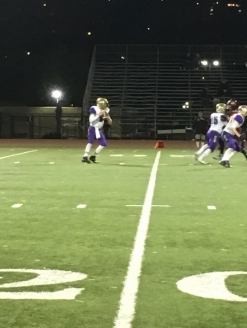 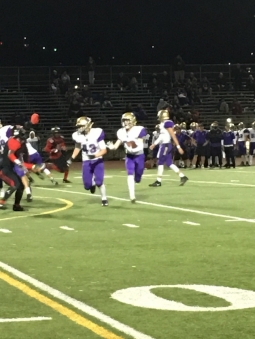 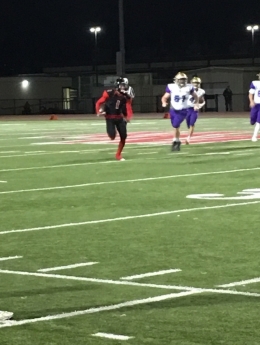