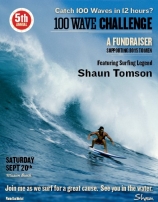 Launched in 1996, Boys to Men (BTM) is a nonprofit group mentoring program that helps keep young men out of the criminal justice system and improve their access to higher education.  It also provides boys a place where they can hear other boys and men tell the truth about the problems they face and a community where boys know they are not alone.  BTM has mentored over 6,000 boys and has trained mentors in 24 states.

BTM targets middle school boys ages 11-to-14, and high school boys ages 15-to-17, who are identified by school administration to be at-risk of educational failure, dropping out of school, juvenile delinquency or gang-related offenses. By partnering with the schools, and working closely with school administrators, BTM is able to identify, and serve the boys most at risk for educational failure. Seventy-three percent of the boys in the program do not have a father active in their life. Program elements include weekly in-school and after-school meetings of mentors and boys, a 48-hour Boy’s Adventure Weekend, a 24-hour experiential mentor training, and ongoing training and support for carefully selected and screened mentors.

“The weekly groups are where we are having our greatest impact by helping to raise self-worth and self-esteem in these boys,” said Joe Sigurdson, co-founder of BTM. “When their esteem goes up, their GPS and attendance go up and their discipline problems go away.  There’s this whole exponential effect that happens.”

School records show boys who participated in Boys to Men:

“We go into the schools and work with the kids who are getting into the most trouble. About 99 percent of the time these kids don’t have the support they need at home,” said Craig McClain, co-founder and executive director of BTM.  “The schools aren’t equipped to deal with them. These boys are out there trying to navigate manhood without a role model or guide at the most critical time—which is 7th and 8th grade. Some of the choices they make will affect the rest of their lives.  Without men to guide them they make poor choice after poor choice. We give these kids life skills that teach them how to be men.”

“I will give you an example – we have two boys, one black and one Hispanic, who started Boys to Men the same year. One of them left in ninth grade. The one who stayed in the program is going to Morehouse College on scholarship in the fall. He has never met his father, and his mother is in jail. He doesn’t have a dime to his name. We bought him a plane ticket and a laptop. The other boy who moved away is still in a gang and has one felony, and hasn’t graduated from high school.”

One of the main funding sources for Boys to Men is the organization’s annual 100 Wave Challenge.  The surf-a-thon accounts for 60 percent of Boys to Men’s annual budget, which has doubled since the first event five years ago. The event raised $200,000 in 2013; The goal this year is $300,000.  The organization plans to sign up 300 surfers for this year’s event, compared to 130 in 2013.

The goal of the 100 Wave Challenge – which will be held Saturday, Sept. 20 in Mission Beach – is for each surfer to raise at least $1,000 and attempt to surf 100 waves in 12 hours. There will be sections in the water for long boards, short boards, stand-up paddle boards, boogie boards and body surfers.

“Boys to Men is a transformational organization that empowers young boys to make positive choices and live a positive life,” Tomson said.

“Dr. Bronner’s is proud to support the 100 Wave Challenge because of how they are helping youth make better choices for their lives,” said Abner Nevarez, event marketing coordinator for Dr. Bronner’s.

More information on the 100 Wave Challenge can be found at www.100wave.org.