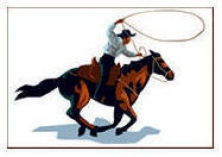 For excerpts and links to full stories, click  “read more” or scroll down.

San Diego televangelist Morris Cerullo, widely known for his overseas healing crusades and the occasional legal skirmish, is now hoping to cement his spiritual legacy with the help of hologram-filled catacombs, a 20-foot tall wailing wall and an interactive Biblical museum.

La Mesa resident Kevin Boson won $3.2 million with a lucky Scratchers ticket in spring 2014, but never had time to spend his winnings.

The Hubbs-SeaWorld Research Institute is trying to build a massive fish farm off the San Diego coast.  A smaller Hubbs effort to breed white seabass has spawned fish that have horns, deformed hearts or are blind.  The state is now auditing the whole program.

The Nuclear Regulatory Commission never fined San Onofre plant operator Southern California Edison for failing to disclose it knew in 2006 that the steam generators it installed could have potential flaws.

This month marks the fourth anniversary since the San Onofre Nuclear Generating Station leaked radiation, leading to the plant's premature shutdown. So far, Southern California Edison has mostly escaped accountability for that incident despite revelations that the company knew the equipment was flawed before it was installed.

As the ongoing Porter Ranch disaster shines a spotlight on the dangers of aging natural gas infrastructure around the country, presidential candidate Bernie Sanders and environmental experts are now arguing that the leaking well serves as "yet another example of the urgent national need to transition away from fossil fuels."

"The Porter Ranch gas leak is a climate disaster," Sanders said in a tweet on Thursday, after being asked about the situation at a town hall meeting at Southern New Hampshire University.

In California, A Treasure Hunt For Gold Rush-Era Fruit And Nut Trees (NPR)

The search is on for heirloom varieties planted at homesteads and coach stops in the late 1800s. The resilient trees, still productive despite long neglect, could prove valuable at a time of drought.

The well that has been gushing climate-changing methane into the sky was operated by Southern California Gas Co. in a way that is legal but risky, some well experts say.

A well on the outskirts of LA has been spewing natural gas into the air for months. Once it's sealed off, regulators say, it can never be tapped again. Other new restrictions are also being imposed.