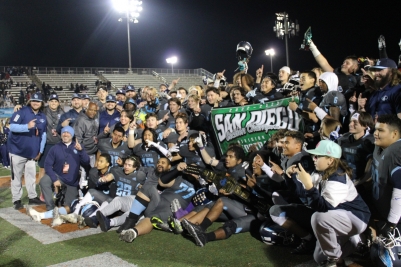 Both teams were silent until about five and a half left in the first.  That’s when Eagles senior running back Zak Darling burst through the middle for the first touchdown of the game.  But the Bulldogs struck back, at least they thought they did.  After some nice passes, junior quarterback Dillon Day, in for the injured senior Colin Lester, punched it in, but junior kicker Kyle Patenaude’s kick was blocked, allowing the Eagles to keep a 7-6 lead after one. 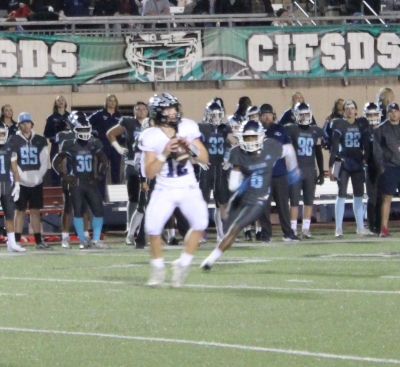 Revenge was complete in the second when Dawgs senior linebacker Jonny Cohen snagged the interception and took it to the farm for a pick six to, even though the two-point attempt was no good, put Ramona on top.  Darling just laughed and tacked on a huge run to the goal line and led to sophomore running back Maxwell Turner’s punch-in.  Turner and Darling let sophomore back Isaiah Jackson have the next one as he ran downfield and punched it in at the one to extend the Eagles’ lead.  Turner pulled Granite even further away with some smooth moves on his way to the endzone and the Eagles led 27-12 at the half. 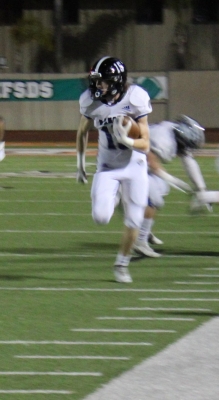 Granite senior quarterback Parlan Sanders decided he wanted in and made some nice moves on the QB keep for the immediate second half score for the Eagles.  Senior defensive back Joaquim Thomas Jr. snagged a Day pass from midair on Ramona’s next possession and took it in for the second pick six of the game and the Eagles led 41-12 after three.
Darling put the dagger in the Bulldogs’ hearts in the fourth with an easy outside run for the score and they did it.  The Eagles grounded the Bulldogs 48-12 to become the 2022 CIF Division II champions for the first time in school history.
Like our sports coverage?  Donate to help support ECM’s sports section!
Follow @ECMagSports on Twitter for live sports coverage and stories!
Does Sant your child play a sport at a level other than varsity?  Comment on this story or tweet @ECMagSports to request coverage! 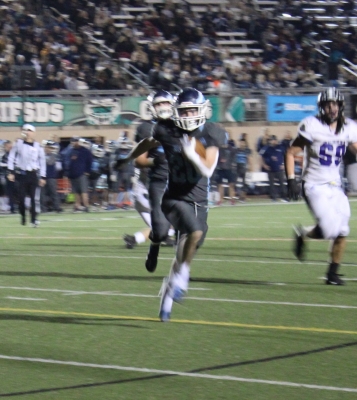