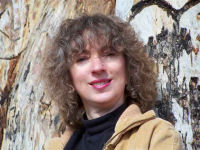 October 3, 2011 (San Diego’s East County) – Ten of East County Magazine’s writers, photographers and videographers have won awards in the San Diego Press Club’s 2011 Excellence in Journalism Awards.
“We’re delighted to learn that this year’s list of winners includes not only professional career journalists, but also community volunteers, interns and photographers who receiving training from ECM in citizen-journalism skills,” said Miriam Raftery, editor and founder of the nonprofit publication. “Congratulations to our dedicated team.”
This year’s winners include E.A. Barrera, Billie Jo Jannen, Ariele Johannson, Ron Logan, Jeremy Los, Billy Ortiz, Mary Paulet, Jim Pelley, Miriam Raftery, and Dennis Richardson.
Lists of winning articles have not yet been released; at least two of the writers also published works in other publications, so it’s not yet certain if all 10 received awards for ECM works, however some submitted multiple entries so total awards for this year may exceed the number of ECM participants listed as winners.
Founded with a small grant in 2008,, ECM had won 33 journalism awards before the current competition, including top honors in news, investigative reporting and more.
The online media outlet has also been named best general interest website in San Diego in the SDPC’s 2009 awards competition.
Working on a shoestring budget, the publication has managed to surpass many well-established media outlets in both readership and awards honors. Currently ECM’s website averages 3 to 4 million hits and 50,000 unique visitors each month, making ECM tied for the second most widely read news site in SanDiego County.
Like PBS and NPR, ECM relies primarily on community donations to fund our local reporting and training of citizen-journalists to provide the broadest possible coverage of important news and events in our region. We welcome donations to sustain both our reporting and the Viejas Wildfire & Emergency Alerts, which were created by East County Magazine. Donations may be made at http://www.eastcountymagazine.org/donate. (Be sure to choose ECM on our publisher’s list of options.)
We also thank our loyal readers for providing us with news tips, photos and story ideas. Your support helps us continue to increase our coverage of East County news, views and events.