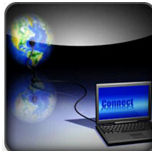 December 28, 2011 (San Diego’s East County) – ECM World Watch helps you be an informed citizen about important issues globally and nationally. As part of our commitment to reflecting all voices and views, we include links to a wide variety of news sources representing a broad spectrum of political, religious, and social views. Top world and U.S. headlines include:
U.S.
WORLD
Scroll down for excerpts and links to full stories.
U.S.
GOP candidates heading to Iowa for final sprint before caucuses (The Hill)
December 26, 2011 -- With three candidates tangled at the top, and three dark horses looking to make a run, the Republican presidential field will return from the Christmas weekend at full speed for the final push to the Iowa caucuses.
Just over a week before the first votes are cast in the Jan. 3 caucuses, the candidates are getting ready to make their closing arguments to voters in person and on the air.
http://thehill.com/blogs/ballot-box/gop-presidential-primary/201359-gop-candidates-head-to-iowa-for-a-sprint-to-the-caucuses