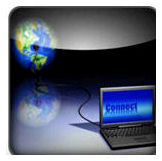 April 7, 2011 -- Despite Rep. Paul Ryan’s suggestion that the independent and bi-partisan Congressional Budget Office had signed off on the numbers he has presented in his 2012 budget proposal, it is now emerging that Rep. Ryan has failed to tell us the entire story.
One of the key provisions contained in the Ryan created GOP budget proposal – the budget that makes the current, 2011 budgetary battle threatening to shut down the government in about 30 hours look like a mild disagreement between friends– is a plan to privatize Medicare, the government single-payer program that pays for care for our seniors and disabled Americans.
http://www.forbes.com/sites/rickungar/2011/04/07/cbo-says-gop-medicare-plan-would-double-the-cost-of-health-care-for-seniors/
Home sales show strength, prices rise (Reuters)
March 22, 2012 -- Home sales fell in February, but upward revisions to the prior month's pace and the first yearly increase in prices in 15 months pointed to steady improvement in the housing market.
Existing home sales fell 0.9 percent in February from January but still notched their second highest level since May 2010, the National Association of Realtors said on Wednesday.
http://www.reuters.com/article/2012/03/22/us-home-idUSBRE82K0U020120322
GOP budget calls for fire sale of public lands (Think Progress)
March 21, 2012 -- House Budget Committee Chairman Paul Ryan (R-WI) released the GOP budget yesterday morning.  In all the coverage about the  massive shortcomings of the budget, many may have missed the proposal to sell off millions of acres of the public lands that belong to all of us.
Tea Party favorite Jason Chaffetz (R-UT) is credited with adding the language, which says:
http://thinkprogress.org/green/2012/03/21/449046/gop-budget-calls-for-fire-sale-of-public-lands-while-preserving-40-billion-in-tax-breaks-to-big-oil/
Wind energy poses threat to golden eagle population (Fox News Video)
http://video.foxbusiness.com/v/1508227508001/wind-energy-poses-threat-to-golden-eagle-population/
California could decide the GOP nominee (Washington Post)
March 15, 2012 -- California is not exactly the GOP’s idea of home turf. But in the 2012 Republican presidential primary, it’s the most important state on the calendar.
Republican presidential candidate, former Massachusetts Gov. Mitt Romney speaks during a campaign stop at William Jewell College on Tuesday, in Liberty, Mo.
California’s June 5 primary, despite being the second-to-last contest, is looking more and more like it may determine whether Mitt Romney can win the Republican nomination or whether the party goes to its August convention without a nominee.
http://www.washingtonpost.com/blogs/the-fix/post/california-could-decide-the-gop-nominee/2012/03/15/gIQAu8nCES_print.html
WORLD
Hundreds of houses damaged after strong quake hits Mexico (CNN)
March 20, 2012 --  A strong earthquake damaged hundreds of homes in southern Mexico Tuesday and rattled residents hundreds of miles away in the nation's capital.
The quake had a magnitude of 7.4, according to the U.S. Geological Survey, and its epicenter was about 15 miles (25 kilometers) east of Ometepec, Guerrero.
http://www.cnn.com/2012/03/20/world/americas/mexico-earthquake/index.html?hpt=hp_t1
France on high security alert after 4 killed in shootings at Jewish school (CNN)
March 20, 2012 --  French President Nicolas Sarkozy on Monday night put the country's southwest region on the highest possible security alert level, hours after a teacher and three children were gunned down at a Jewish school in Toulouse.
The incident at the Ozar Hatorah school marked the third time in the past 10 days that a gunman on a motorcycle has fired on minorities in the region.
http://www.cnn.com/2012/03/19/world/europe/france-shooting/index.html?hpt=hp_t2
Chevron execs barred from leaving Brazil over spill (Reuters)
March 17, 2012 -- A Brazilian court on Saturday barred 17 executives from Chevron and Transocean from leaving Brazil, pending criminal charges related to a high-profile oil spill last November.
A federal judge in Rio de Janeiro state granted a request from prosecutors who are pressing for charges against both firms, a spokesman for prosecutor Eduardo Oliveira said in a phone interview. George Buck, who heads Chevron's Brazil unit, and the other 16 executives must turn in their passports to the police within 24 hours, the spokesman said.
http://www.reuters.com/article/2012/03/18/brazil-chevron-spill-idUSL2E8EH1ZP20120318
Explosions rock Syrian capital (CNN)
March 17, 2012 --  Deadly explosions rocked parts of Damascus on Saturday with some of the targets being Syrian government facilities, witnesses and state television reported.
At least 27 people were killed and 97 others were wounded in two blasts, state TV reported, quoting Syrian Health Minister Wael Halki.
The state-run Syrian Arab News Agency (SANA) said early indications were that two booby-trapped cars exploded in crowded areas. It put the death toll at 24, with 140 people injured and serious damage caused to surrounding buildings.
http://www.cnn.com/2012/03/17/world/meast/syria-unrest/index.html?hpt=hp_t1
Europe’s chief scientist warns against climate delays (Reuters)
March 16, 2012 -- The European Union cannot use the economic slowdown as an excuse to delay action on fighting climate change, the bloc's first-ever chief scientific adviser has warned.
Molecular biologist Anne Glover took on the newly created role reporting to European Commission President Jose Manuel Barroso at the start of this year, having previously served as chief scientific adviser to Scotland's devolved government.
http://www.reuters.com/article/2012/03/16/us-eu-scientist-idUSBRE82F15920120316
Israel issues travel warning on Turkey (UT San Diego)
March 13, 2012 -- Israel is calling on its citizens to stay away from Turkey because of intelligence warning of imminent attacks against sites frequented by Jews and Israelis there.
The prime minister's counterterrorism office issued the warning late Tuesday. It said "terror groups are planning to carry out attacks against Jewish and Israeli sites inside Turkey in the coming days."
http://www.utsandiego.com/news/2012/mar/13/israel-issues-travel-warning-on-turkey/
North Korea says it will launch long-range rocket (UT San Diego)
March 15, 2012 -- North Korea announced plans Friday to blast a satellite into space using a long-range rocket, a provocative move that could jeopardize a weeks-old agreement with the U.S. exchanging food aid for nuclear concessions.
The North agreed to a moratorium on long-range launches as part of the deal with Washington, but it argues that its satellite launches are part of a peaceful space program that is exempt from any international disarmament agreements. The U.S., South Korea and other critics say the rocket technology overlaps with belligerent uses and condemn the satellite program as a disguised way of testing military missiles in defiance of a U.N. ban.
http://www.utsandiego.com/news/2012/mar/15/north-korea-says-it-will-launch-long-range-rocket/