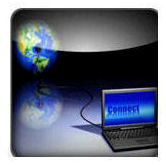 April 5, 2012 --  (San Diego’s East County) – ECM World Watch helps you be an informed citizen about important
issues globally and nationally. As part of our commitment to reflecting all voices and views, we include links to a wide variety of news sources representing a broad spectrum of political, religious, and social views. Top world and U.S. headlines include:
U.S.
WORLD
Scroll down for excerpts and links to full stories.
U.S.
‘9-11 planners’ set for Guantanamo Bay trial (BBC)
April 4, 2012 -- The US has formally sent to trial five suspected al-Qaeda militants believed to have planned the 9/11 terror attacks.
The five Guantanamo Bay inmates, including alleged mastermind Khalid Sheikh Mohammed, will be tried by a military commission.
They will face charges including terrorism, hijacking, conspiracy, murder and destruction of property.
http://www.bbc.co.uk/news/world-us-canada-17617956
Stocks resume their strong ride (Wall Street Journal)
April 2, 2012 -- Stocks rose to multiyear highs on the first session of the new quarter after a solid reading on domestic manufacturing.
Major indexes started near the flat line but drifted higher on the report over March manufacturing activity. The Dow Jones Industrial Average climbed 52.45 points, or 0.4%, to 13264.49, its highest close since December 2007.
The Dow rose 66 points on Friday to close out the best first-quarter point gain—994.48 points—in its history, and the best first-quarter percentage performance—8.1%—since 1998.
http://online.wsj.com/article/SB10001424052702304023504577319183080748116.html?mod=WSJ_hp_LEFTWhatsNewsCollection
Bankrupt meat processor cites “pink slime” uproar (Reuters)
April 2, 2012 -- Ground beef processor AFA Foods filed for bankruptcy protection on Monday, citing the impact of the uproar over a meat filler dubbed "pink slime" by critics.
Meat processors have faced a backlash over the use of an ammonia-treated beef filler they call "finely textured beef." Food activists have campaigned to have it banned, but supporters say the product is safe to eat.
http://www.reuters.com/article/2012/04/02/us-afafoods-bankruptcy-idUSBRE8310HX20120402
With autism rising, researchers step up search for a cause (USA Today)
For many families, the quest for the causes of autism has grown more urgent with the news that the estimated prevalence of the condition grew by 23% from 2006 to 2008, a Centers for Disease Control and Prevention report said last week.
In most cases, however, scientists can't tell parents what caused their child's autism, says Thomas Insel, director of the National Institutes of Mental Health. In large part, the causes of autism — which is likely not one disease, but a group of conditions with related symptoms — remain a mystery.
http://www.usatoday.com/news/health/story/2012-04-20/autism-causes-researchers/53955958/1
Romney sweeps Tuesday primary contests (CNN)
April4, 2012 --  Mitt Romney won all three of Tuesday's Republican presidential primaries, putting more distance between himself and his closest contender, Rick Santorum, who indicated he plans to fight on to his home state of Pennsylvania and beyond.
Romney's wins in Wisconsin, Maryland and the District of Columbia put him past the halfway mark to the 1,144 delegates needed to clinch the nomination and add to a wide delegate lead that he holds over the other major GOP presidential candidates, according to CNN estimates.
http://www.cnn.com/2012/04/03/politics/republican-primaries/index.html?hpt=hp_bn5
Arizona bill would declare pregnancy begins two weeks before conception (RawStory)
April 4, 2012 -- A measure that passed Arizona’s Senate claims that it would ban abortions after 20 weeks of pregnancy, but experts say that the bill is far more restrictive, effectively banning abortions after 18 weeks and declaring that a woman could be pregnant 2 weeks before she even had sex.
Arizona’s HB 2036 takes Nebraska’s 20-week abortion ban one step further by starting the clock on pregnancies at the woman’s last menstrual period, which could be two weeks before fertilization.
http://www.rawstory.com/rs/2012/04/04/arizona-bill-would-declare-pregnancy-2-weeks-before-conception/
Does a chocolate habit help you learn? (NPR)
March 26, 2012 -- A new study finds that people who eat chocolate several times a week are actually leaner than people who don't eat chocolate regularly.

Really, we asked? Last time we checked chocolate was loaded with fat and sugar. But this new research, along with some prior studies, suggests chocolate may favorably influence metabolism.
http://www.npr.org/blogs/thesalt/2012/03/26/149407484/does-a-chocolate-habit-help-keep-you-lean?ft=1&f=2&utm_source=feedburner&utm_medium=feed&utm_campaign=Feed%3A+NprProgramsATC+%28NPR+Programs%3A+All+Things+Considered%29
WORLD
Bombing shatters Mogadishu bid to showcase peace (Seattle Times)
April 4, 2012 -- It was supposed to be a symbol of hope: The newly reopened National Theater was the most potent sign of the peaceful change that has swept Mogadishu since al-Shabab militants fled the Somali capital in August.
It turned into a scene of bloody chaos Wednesday when a bombing killed 10 people. The attack was an apparent attempt to assassinate Prime Minister Abdiweli Mohamed Ali, who was attending a ceremony with many officials of his Western-backed Transitional Federal Government, or TFG.
http://seattletimes.nwsource.com/html/nationworld/2017911029_somalia05.html
Like the U.S., Europe wrestles with healthcare (NPR)
March 29, 2012 -- The U.S. has been absorbed by the Supreme Court case this week on the future of health care. But Americans are not alone.
Several European nations, where universal health care has been the norm for decades, have been waging their own intense debates as they also deal with aging populations and rising costs.
Britain passed a new health care measure earlier this month, after more than a year of rancorous debate. Can the European experience cast some light on the American debate over health care?
http://www.npr.org/blogs/health/2012/03/28/149564583/like-the-u-s-europe-wrestles-with-health-care?ft=1&f=1004
Invisible Children to release “Kony 2012” sequel today (10 News)
April 3, 2012 -- The sequel to San Diego-based Invisible Children's viral documentary, "Kony 2012," will now be released on Thursday.
The nonprofit released its 30-minute "Kony 2012" on March 5, to bring attention to Joseph Kony and how he presses Ugandan youth into service in his Lord's Resistance Army. The video was an instant hit online, scoring 86 million hits on YouTube.
http://www.10news.com/news/30824591/detail.html
Greek pensioner left suicide note of economic despair (VOA)
April 5, 2012 -- A Greek pensioner who shot himself to death on Athens' main square this week said he took his life because the government's financial austerity measures left him virtually penniless. The retired pharmacist's extreme action quickly made him a fateful symbol of the debt-ridden country's economic plight.
http://blogs.voanews.com/breaking-news/2012/04/05/greece-mourns-suicide-of-pensioner-hit-by-austerity-cuts/
U.N. spells out Syria peace plan deadline amid skepticism (LA Times)
April 5, 2012 -- While violence reportedly raged just outside of Damascus, a United Nations spokesman reiterated that the Syrian regime is supposed to carry out a peace plan by Tuesday, pulling its troops out of populated areas and starting a 48-hour cease-fire as part of the six-point plan.
“The clock starts ticking on April 10 for both sides to cease all forms of violence,” spokesman Ahmad Fawzi said Thursday in Geneva.