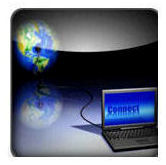 May 31, 2012 --  (San Diego’s East County) – ECM World Watch helps you be an informed citizen about important issues globally and nationally. As part of our commitment to reflecting all voices and views, we include links to a wide variety of news sources representing a broad spectrum of political, religious, and social views. Top world and U.S. headlines include:
U.S.
Memorial Day/Veterans issues:
Other national news:
WORLD
Read more for excerpts and links to full stories.
U.S.
Memorial Day/Veterans issues:
Almost half of new vets seek disability (AP)
May 27, 2012 -- America's newest veterans are filing for disability benefits at a historic rate, claiming to be the most medically and mentally troubled generation of former troops the nation has ever seen.
A staggering 45 percent of the 1.6 million veterans from the wars in Iraq and Afghanistan are now seeking compensation for injuries they say are service-related. That is more than double the estimate of 21 percent who filed such claims after the Gulf War in the early 1990s, top government officials told The Associated Press.
http://hosted.ap.org/dynamic/stories/U/US_COMING_HOME_NEW_VETERANS?SITE=AP&SECTION=HOME&TEMPLATE=DEFAULT&CTIME=2012-05-27-13-40-57
Romney tells vets dangerous world demands powerful military (Reuters)
May 28, 2012 -- Presumptive Republican presidential nominee Mitt Romney chose Veterans Day to proclaim to the American people his conviction that the world is a dangerous place, and the United States must remain its most formidable military power.
"The world is not safe," Romney told veterans on Memorial Day. He was joined by Senator John McCain, in a speech to honor the veterans of America's wars.
http://www.reuters.com/article/2012/05/28/us-usa-campaign-romney-idUSBRE84R0PD20120528
Op-ed by President Obama: Keeping faith with our veterans (White House)
May 28, 2012 -- Today, all across America, we’re coming together to remember our men and women in uniform who gave their lives so that we could live free.  In town squares and national cemeteries, in moments of quiet reflection and parades down city streets, we’ll pay tribute to all those who gave the last full measure of their devotion, from Lexington and Concord to Iraq and Afghanistan.
This Memorial Day also holds special significance because it marks the beginning of the 50th anniversary of the Vietnam War. It was 50 years ago — January 1962 — when U.S. Army pilots on dozens of helicopters transported South Vietnamese troops into the jungles outside Saigon for a raid against enemy forces. It was one of America’s first major operations in Vietnam and another turning point in what would become one of our longest wars.
http://www.whitehouse.gov/the-press-office/2012/05/28/op-ed-president-obama-keeping-faith-vietnam-veterans
How Memorial Day glosses over the real horrors of war (AlterNet)
May 27, 2012 -- It’s the saddest reading around: the little announcements that dribble out of the Pentagon every day or two -- those terse, relatively uninformative death notices: rank; name; age; small town, suburb, or second-level city of origin; means of death (“small arms fire,” “improvised explosive device,” “the result of gunshot wounds inflicted by an individual wearing an Afghan National Army uniform,” or sometimes something vaguer like “while conducting combat operations,” “supporting Operation Enduring Freedom,” or simply no explanation at all); and the unit the dead soldier belonged to.  They are seldom 100 words, even with the usual opening line: “The Department of Defense announced today the death of a soldier who was supporting Operation Enduring Freedom.” Sometimes they include more than one death.
http://www.alternet.org/story/155618/how_memorial_day_glosses_over_the_real_horrors_of_war?page=entire
Other national news:
Iberdrola drops two wind projects  (Tribune-Democrat)
May 14, 2012 -- Site preparation for a 30-turbine wind farm in northern Cambria County has started and the blades on a wind farm in the central part of the county are now spinning, but similar projects planned to the south and the east have been shelved.

EverPower Wind Holdings Inc. reported Monday that the Highland North project in Adams and Summerhill townships is now generating and supplying electricity to the power grid.


http://tribune-democrat.com/local/x864137930/Turbines-turning-Adams-Summerhill-wind-farm-goes-on-grid
Help wanted, but not for mid-level jobs (NPR)
May 27, 2012 -- Unemployment figures for May come out Friday. While the numbers will show how many jobs have been added or lost, they won't tell us much about the quality of positions filled or illustrate what economists already know: that the middle of the job market is hollowing out.
Demand remains for people with complex skills, like software engineering or the ability to read X-rays. There is also demand for people to take jobs that require less skill, like cleaning and waiting tables. It's the jobs in the middle that are being squeezed – sales, administration, assembly positions, for example.
http://www.npr.org/2012/05/27/153781235/help-wanted-but-not-for-mid-level-jobs?ft=1&f=1003
More relatives, friends caring for kids (Reuters)
May 23, 2012 -- Howard Dubowitz, a Maryland pediatrician and researcher who specializes in child protection issues, knows how hard it can be to raise other people's children.
Over the years while talking with grandparents and others who take on the role of guardian when parents struggle, "my heart went out to them - they were trying so hard," said Dubowitz, trained to help treat children who have been abused or neglected.
http://www.reuters.com/article/2012/05/23/us-usa-children-grandfamilies-idUSBRE84M06W20120523?feedType=RSS&feedName=domesticNews
Democrats to offer a ‘lifeline’ for single payer healthcare (ThinkProgress)
May 25, 2012 -- Rep. Jim McDermott (D-WA) will soon introducelegislation that would allow states to use federal funds they’re receiving through Medicare, Medicaid, and other health care programs to build a universal single-payer system. Advocates are describing the bill as a “lifeline” for advocates:
It would create a mechanism for states to request federal funds after establishing their own health insurance programs…. It would, for the first time, create a system under which a Medicare-for-all program could be rolled out on a state-by-state basis. In California’s case, it would make coverage available to the roughly 7 million people now lacking health insurance.
http://thinkprogress.org/health/2012/05/25/490429/mcdermott-universal-care-romney/
Romney hits magic number for GOP nomination (CNN)
May 30, 2012 --  Mitt Romney hit his party's "magic number" on Tuesday, unofficially clinching the Republican presidential nomination in a race he entered as the front-runner and has had to himself for weeks.
Romney led the pack when he announced his second run for the White House last June, and he has watched his rivals for the nomination slowly trickle out as their own wins looked increasingly unlikely.
http://www.cnn.com/2012/05/29/politics/romney-delegates/index.html?hpt=hp_t1
Military campaign money favors Obama (USA Today)
May 25, 2012 -- While the military traditionally votes for Republicans, President Obama is ahead of GOP rival Mitt Romney in contributions from military personnel, new campaign-finance reports indicate.
Obama has a more than 5-to-1 edge over Romney in political donations from individuals who list themselves as employees of the Defense Department or one of four military branches, a USA TODAY analysis of federal filings shows. Army employees are the biggest source of military contributions to each: $108,571 to Obama and $22,004 to Romney.
http://content.usatoday.com/communities/onpolitics/post/2012/05/military-campaign-donations-obama/1#.T8STnsV1cf5
WORLD
Official: 160 girls poisoned at Afghan school (CNN)
May 29, 2012 -- A hospital in northern Afghanistan admitted 160 schoolgirls Tuesday after they were poisoned, a Takhar province police official said.
Their classrooms might have been sprayed with a toxic material before the girls entered, police spokesman Khalilullah Aseer said. He blamed the Taliban.
The incident, the second in a week's time, was reported at the Aahan Dara Girls School in Taluqan, the provincial capital.
http://www.cnn.com/2012/05/29/world/asia/afghanistan-girls-poisoned/index.html?hpt=wo_c2
Syria condemned for massacre (BBC)
May 27, 2012 -- The UN Security Council has condemned the use of heavy weapons by Syria's government during a massacre in which 108 people were killed and 300 injured.
Some 34 children were killed in Friday's massacre, which has sparked international outrage.
The UN said those responsible for the killings must be held accountable.
http://www.bbc.co.uk/news/world-middle-east-18229870
Iran hit by new cyber-weapon “Flame” (Jerusalem Post)
May 28, 2012 -- Security experts have discovered a new data-stealing virus dubbed Flame, and found that the largest number of infected machines are in Iran, followed by Israel and the Palestinian territories, then Sudan and Syria.
Experts say the virus  has lurked inside thousands of computers across the Middle East for as long as five years as part of a sophisticated cyber warfare campaign.
http://www.jpost.com/MiddleEast/Article.aspx?id=271709&R=R3
Sudyei dispute, Sudan to ‘withdraw troops’ (BBC)
May 29, 2012 -- Sudan will begin pulling its troops out of the disputed border region of Abyei on Tuesday, an army spokesman has said.
Abyei is claimed by both Sudan and South Sudan, which became independent in 2011 after a long civil war. Sudan's forces seized Abyei in May 2011.
Its status was left undecided in the 2005 peace deal between the sides, and a referendum on the issue has been postponed indefinitely.
http://www.bbc.co.uk/news/world-africa-18240527