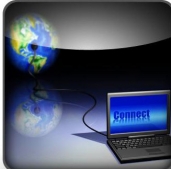 November  2, 2016 (San Diego's East County) - East County Magazine's World Watch helps you be an informed citizen about important issues globally and nationally. As part of our commitment to reflect all voices and views, we include links to a wide variety of news sources representing a broad spectrum of political, religious, and social views. Top world and U.S. headlines include:

Some communities around the country plan to cancel classes on Election Day amid concerns that voters, who often flock to public schools to cast their ballots, could turn violent.

For those few voters who remain undecided a week before the 2016 presidential election, the choice between Donald Trump and Hillary Clinton may come down to which potential new scandal they can look past. The FBI announced on Friday that it had discovered new emails that may be “pertinent” to its investigation of Clinton’s use of a private server while secretary of state. Meanwhile, new reports have emerged alleging “close ties” between Trump and the Russian government.

“If somebody has an issue with emails as opposed to someone who has an issue with shady dealings with a foreign government, perhaps, it may be hard to weigh,” David Corn, Washington bureau chief for Mother Jones magazine, told Yahoo News…Monday, Corn reported that a veteran ex-spy who specializes in Russian counterintelligence told his publication he provided the FBI with a memo alleging that the Russian government “has been cultivating, supporting and assisting Trump for at least 5 years,” and that there was “an established exchange of information between the Trump campaign and the Kremlin of mutual benefit.”

Hillary Clinton and Donald Trump are deadlocked in the first ABC News/Washington Post daily tracking poll conducted entirely after FBI Director James Comey informed Congress about additional evidence related to Clinton’s use of a private email server while secretary of state, though the resurgence of Clinton's email scandal seems to have had little impact overall on the race.

Winning without the White House? Why Gary Johnson is aiming for 5 percent (+video) (CS Monitor)

If the Libertarian ticket carries at least 5 percent of the vote, then it would qualify for public funding for future campaigns. But will that reshape the next election?

“If any of these law enforcement shoot one of my people, it is going down, people,” Atsa E’sha Hoferer tells the camera on Facebook Live. “We are prayerful people.” He gets cut off by the screaming of a long range acoustic device—a sound cannon, the kind used by police to break up protests in Ferguson, Missouri earlier this year. But even over the alarm, people watching on computers and phones can hear the soft voice of a protestor singing and strumming a guitar.

Amnesty International and the United Nations have announced that they are sending officials to investigate allegations of human rights violations at the site of the Dakota Access Pipeline (DAPL) at the Standing Rock Sioux Reservation in North Dakota.

Big Media Companies And Their Many Brands — In One Chart(NPR)

AT&T's bid to buy Time Warner for a hefty $85.4 billion has unleashed a flood of excitement on Wall Street, where analysts are now predicting a new wave of deal-making in the media industry. The heated competition for our attention and for advertising dollars is increasingly pitting traditional media and entertainment stalwarts against Internet and telecom giants. And some media companies are once again seeking refuge in larger conglomerates.

A jury has ruled that brothers Ammon and Ryan Bundy were not guilty of conspiring against the government, a surprising end to the high-profile Oregon standoff trial that sparked national debates about public lands and the rights of ranchers in the American west.The decision, unveiled in federal court in Portland on Thursday, is a blow to the US government, which had aggressively prosecuted the rightwing activists who led an armed takeover of public property to protest American land-use regulations.

From Pot To Guns To School Funding: Here's What's On The Ballot In Your State(NPR)

Big themes on ballots this November include marijuana, elections, education, guns, tobacco, minimum wage and the death penalty.  This November, there are 156 measures being voted on in 35 states and the District of Columbia. California is in the lead, with a whopping 17 measures on its ballot. Although these ballot measures are voted on state by state, there are some big national themes.

Why did the jury in the trial of seven occupiers on trial for actions connected to the occupation earlier this year of the Malheur National Wildlife Refuge acquit them?

Respect for police at all-time high in US, says new survey (CS Monitor)

More than 15,000 people are being housed in temporary shelters after a powerful earthquake on Sunday jolted central Italy, a region battered by repeated tremors since August. Dramatic images from the disaster zone show villages that appear entirely flattened, with historic buildings, including churches, crumbling when the quake struck 10 kilometers below the earth's surface.

Courts there recently sentenced three Iranian-Americans to prison. An Iranian-Canadian academic speaks out about her time in an Iranian prison earlier this year.

The European Parliament awarded its Sakharov Prize for freedom of thought on Thursday to two Iraqi Yazidi women who were held as sex slaves by Islamic State militants and now campaign for human rights.

Hani Salam escaped civil war in Syria and survived the journey from Egypt to Europe. But when he saw men with bushy long beards at a mosque near his current home in Cologne last November, he was worried.

A convoy of Russian warships is bound for the Mediterranean, and some were planning to stop for fuel at a Spanish enclave. NATO is concerned the ships are heading to support Russian strikes in Syria.

Tens of thousands took to the streets across South Korea Saturday, demanding the president resign over new revelations in a wide influence-peddling scandal.

Turkey said it had dismissed a further 10,000 civil servants and closed 15 more media outlets over suspected links with terrorist organizations and U.S.-based cleric Fethullah Gulen, blamed by Ankara for orchestrating a failed coup in July….Thousands more academics, teachers, health workers, prison guards and forensics experts were among the latest to be removed from their posts …Opposition parties described the move as a coup in itself. The continued crackdown has also raised concerns over the functioning of the state.

Jewish and Palestinian-Israeli teens learn how to better collaborate(CSMonitor)

A new study by Stanford researchers found that Jewish-Israeli and Palestinian-Israeli teenagers collaborate more effectively after learning people can change.

The U.S. State Department updated its travel warning on Turkey on Saturday, ordering family members of consulate employees in Istanbul to leave the country, citing threats against U.S. citizens.  "The Department of State made this decision based on security information indicating extremist groups are continuing aggressive efforts to attack U.S. citizens in areas of Istanbul where they reside or frequent," the department said in a statement.

After voting 'no' for 24 years, the United States abstained for the first time from a United Nations General Assembly vote Wednesday on a resolution calling for an end to the US economic embargo against Cuba.

Britain, U.S. to build up forces on Russian border (Reuters)

Britain plans to send fighter jets to Romania next year and the United States promised troops, tanks and artillery to Poland in NATO's biggest military build-up on Russia's borders since the Cold War.