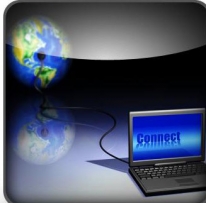 January 30, 2019 (San Diego’s East County) --- East County Magazine's World Watch helps you be an informed citizen on important issues globally and nationally. As part of our commitment to reflect all voices and views, we include links to a  variety of news sources representing a broad spectrum of political, religious, and social views. Top world and U.S. headlines include:

Long-standing records are poised to fall as the polar vortex sends extremely cold air into midwestern and northeastern United States to end January. States of emergency have been issued in Wisconsin, Illinois and Michigan due to the extreme cold with many schools and businesses closing until the frigid air loosens its grip on the region later this week.

The largest homeless shelter in the city took in about 800 people overnight Tuesday into Wednesday….  “There’s no restrictions right now. We’re letting everybody in….We’re putting mattresses on the floor. It’s a mass of humanity.”

The indictment of Roger Stone, a longtime friend of President Trump, goes further than the special counsel ever has toward answering the core question of his probe: Did Trump or those close to him try to conspire with the Kremlin?

The House of Representatives' first oversight hearing of 2019 wasn't about Trump. It was about skyrocketing drug prices.

Stripper-turned-pharma exec gave a doctor a lap dance to get him to prescribe drugs, officials say (Washington Post)

Physician Paul Madison is suspected of taking more than $70,000 in bribes from a drug company to churn out prescriptions for its highly addictive fentanyl spray. But on Tuesday, prosecutors wanted jurors to focus more on what, exactly, the pain management specialist was doing at "Chicago's sexiest nightclub" with an exotic dancer-turned-pharmaceutical executive named Sunrise wriggling around on his lap.

"Throughout his life, [Stephen] Paddock went to great lengths to keep his thoughts private, and that extended to his final thinking about this mass murder," officials said on Tuesday.

Shutdown blame stays on Trump, with his approval at a historic low (ABC)

Blame for the partial government shutdown continues to focus on President Donald Trump and his party in Congress, with the president’s overall job approval rating the lowest on record for any president after two years in office… Trump’s job approval rating is 37 percent in this poll, produced for ABC by Langer Research Associates..

Even as he agreed to reopen the government, the president used recycled inaccurate claims to press his case for a wall.

Murders in Mexico rose by 33 percent in 2018, breaking the record for a second year running, official data showed, underlining the task facing the new president who has pledged to reduce violence in the cartel-ravaged country.

Taliban officials said U.S. negotiators on Saturday agreed a draft peace deal stipulating the withdrawal of foreign forces from Afghanistan within 18 months of the agreement being signed.

In exchange for North Korea dismantling its nuclear weapons and ballistic missiles, Moscow offered the country a nuclear power plant.

Brazilian rescue workers on Saturday searched for roughly 300 missing people after a tailings dam burst at an iron ore mine owned by Vale SA (VALE3.SA), amid faint hopes of finding many alive, three years after a similar disaster involving the miner.

Brazil has nearly 4,000 dams that are classified as having "high damage potential" or being at high risk, with 205 of those dams containing mineral waste, the country's Regional Development Minister Gustavo Canuto said on Tuesday.

Palestinian Prime Minister Rami Al-Hamdallah has tendered his resignation and that of his unity government to President Mahmoud Abbas, he said on Tuesday, dealing a blow to faltering reconciliation efforts with Gaza's Islamist Hamas rulers.

“Yellow vest” protesters marched through Paris and other French cities on Saturday on the 11th weekend of action against the government, suggesting President Emmanuel Macron has yet to defuse public opposition to some of his policies.

In Tehran on Jan. 8 during a meeting with European envoys, Iranian officials abruptly stood up, walked out and slammed the door in an extraordinary break with protocol. The French, British, German, Danish, Dutch, and Belgian diplomats in the Iranian foreign ministry room had incensed the officials with a message that Europe could no longer tolerate ballistic missile tests in Iran and assassination plots on European soil, according to four EU diplomats.

Russia has recognized the existence of a cruise missile system that has prompted Washington to say it will quit the 1987 INF disarmament treaty, but has denied that it violates the pact, U.S. officials and NATO diplomats said on Monday.

The head of Iran's air force said on Monday the country was impatient to fight Israel and destroy it, a state-linked news website said.

China's birth rate last year fell to its lowest since the founding of the People's Republic of China 70 years ago, official data showed on Monday, with looser population controls failing to encourage couples to have more babies.