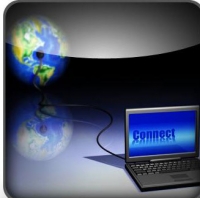 February 26, 2020 (San Diego’s East County) - East County Magazine's World Watch helps you be an informed citizen on important issues globally and nationally. As part of our commitment to reflect all voices and views, we include links to a variety of news sources representing a broad spectrum of political, religious, and social views. Top world and U.S. headlines include:

The jury found Mr. Weinstein guilty of two felony sex crimes but acquitted him of charges that he is a sexual predator.

The most comprehensive guide anywhere to the issues shaping the 2020 Democratic presidential primary. Search by candidate, issue or category.

The nonpartisan, award-winning Politifact site has fact-checked controversial statements made by the presidential primary candidates.

On Education: What Democratic Presidential Candidates Are Promising (EdSource)

Trying to decide who to vote for in the presidential primary on March 3? To help those of you for whom a candidate’s positions on education are important — as they are to us — EdSource has summarized key education positions of all eight Democratic candidates on the ballot.

Wall Street added to losses on Tuesday with its three major stock indexes falling 1%, after officials said the coronavirus was "a rapidly escalating epidemic," a day after virus worries sent the S&P 500 and the Dow Industrials to their biggest daily declines in two years.

The Path of the Pronghorn is a 170-mile migration route that the antelope-like creatures have traveled annually for 6,000 years. It is one of North America’s last remaining long-distance terrestrial migration corridors. And it is at risk. This week conservation groups filed a legal petition challenging the Trump administration’s plan to allow 3,500 new gas wells in south-western Wyoming that would block the route.

A ceasefire brokered by Egypt and the United Nations took hold on the Israel-Gaza border on Tuesday after two days of fighting between Israel and the Palestinian Islamic Jihad group.

Trump and Prime Minister Narendra Modi were unable to announce progress on a long-awaited trade deal despite a warm welcome for the U.S. president.

U.S. President Donald Trump said on Tuesday that India will buy $3 billion worth of military equipment, including attack helicopters, as the two countries deepen defense and commercial ties in an attempt to balance the weight of China in the region.

Every continent except Antarctica has reported coronavirus cases (CNN)

Brazil announced its first case of coronavirus today, marking the first time the virus has been reported in South America. The coronavirus outbreak — which started in the city of Wuhan in China — has now spread to six of the world's seven continents. It has not yet reached Antarctica.  Here's a look at the virus across the world:

Iran's coronavirus death toll rose to 16, the most outside China, heightening its international isolation as dozens of nations from South Korea to Italy accelerated emergency measures to curb the epidemic's global spread.