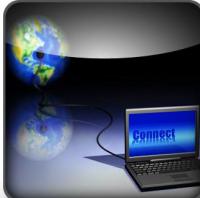 July 25, 2013 (San Diego's East County) --ECM World Watch helps you be an informed citizen about important issues globally and nationally. As part of our commitment to reflect all voices and views, we include links to a wide variety of news sources representing a broad spectrum of political, religious, and social views. Top world and U.S. headlines include:

Scroll down or click “read more” for excerpts and links to full stories.

The Justice Department is preparing to take fresh legal action in a string of voting rights cases across the nation, U.S. officials said, part of a new attempt to blunt the impact of a Supreme Court ruling that the Obama administration has warned will imperil minority representation.

Nonprofits are increasingly facing a one-two punch: Government agencies are cutting back on direct funding and both major political parties are seriously considering killing the charitable tax deductions for donors.

President Obama talked earlier this year of a Democratic takeover of the House, but instead his party is now in danger of losing the Senate.

Trayvon Martin's parents were due to lead demonstrations in New York and Miami on Saturday, as protesters across the country rallied to express anger over the acquittal of the man who shot and killed the unarmed black teenager.

Zimmerman was one of two men who came to the aid of a family of four -- two parents and two children -- trapped inside a blue Ford Explorer SUV that had rolled over after traveling off the highway in Sanford, Fla. at approximately 5:45 p.m. Thursday, the Seminole County Sheriff's Office said in a statement....

After the courts laid out the conditions in which the government can compel email providers to turn over users’ private messages, the American Civil Liberties Union (ACLU) wondered if the FBI was applying similar guidelines to text messages. So the group filed a Freedom of Information Act (FOIA) request to the Justice Department.  In April the organization received an answer.... The file contained a memo header, “Guidance for the Minimization of Text Messages over Dual-Function Cellular Telephones,” followed by 15 pages that were completely blacked out.

Verizon has taken the first step to replace copper lines with a home cellular connection in coastal areas hit hard by Hurricane Sandy. But many customers don't like the new phone connection, saying the new technology is inferior to traditional landlines.

Hundreds of convicts, including senior members of al Qaeda, broke out of Iraq's Abu Ghraib jail as comrades launched a military-style assault to free them, authorities said on Monday.

/ The deadly raid on the high-security jail happened as Sunni Muslim militants are gaining momentum in their insurgency against the Shi'ite-led government that came to power after the U.S. invasion to oust Saddam Hussein.

The number of Al Qaeda affiliates has expanded, as have their geographic scope, but the terror network has become more diffuse and decentralized, the RAND study found.

A Japanese utility said Monday its crippled Fukushima nuclear plant was likely leaking contaminated water into the sea, acknowledging for the first time a problem long suspected by experts. Tokyo Electric Power Co., which operates the Fukushima Dai-ichi plant, also came under fire Monday for not disclosing earlier that the number of plant workers with thyroid radiation exposures exceeding thresholds for increased cancer risk was 10 times what it said earlier.

Somalia hadn't had a case of polio for nearly six years. But in the past few months, the virus has come back. Now the East African country has the worst polio outbreak anywhere in the world

Just days after the United States launched a $200 million program to boost the role of women in Afghanistan, a senior member of the country's top religious leaders' panel said he would not intervene over a draconian edict issued by clerics in the Deh Salah region of Baghlan province... But the eight article decree, issued late in June, bars women from leaving home without a male relative, while shutting cosmetic shops on the pretext they were being used for prostitution - an accusation residents and police reject.

Riot police patrolled Sunday in suburbs west of Paris that have seen cars torched and a police station attacked amid tensions linked to authorities' handling of France's ban on Muslim face veils.

(Reuters) - Iran denied on Sunday it had failed to make payments on its loans to the World Bank for the last six months, blaming Western sanctions for preventing an intermediary from forwarding funds to the global lender, Iran's IRNA state news agency said

Israel has agreed to release Palestinian prisoners in order to resume peace talks, but will not yield to other demands the Palestinians say must be met before they return to the negotiating table.

The EU has voted to blacklist only the 'military wing' of Hezbollah, allowing members to continue interacting with Hezbollah's political leaders....

Pope Francis has jumped into a political debate over the liberalization of drug laws in Latin America, saying legalization will not reduce the problems of addiction.

In his recent book Dirty Wars: The World Is a Battlefield, Jeremy Scahill, the national security correspondent for The Nation, writes movingly and angrily about the case of jailed Yemeni journalist Abdulelah Haider Shaye. (The book's final line is "He should be set free.") Shaye exposed a reported Yemeni government attack on Islamic militants as actually being a U.S. military strike that killed 35 women and children, a scoop for which he was reportedly beaten and then convicted and imprisoned of aiding Al Qaeda

-At least 56 people were killed and 70 injured when a train derailed on the outskirts of the northern Spanish city of Santiago de Compostela on Wednesday in one of Europe's worst rail disasters.

More than 50 of Russia's leading legal experts, most of them distinguished professors of law, have signed an open letter warning that Russia's constitutional order is "under threat." The letter decries what it calls the systematic abuses of the rights of citizens by authorities bent on silencing political opponents.

Which Nations Hate The U.S.? Often Those Receiving U.S. Aid