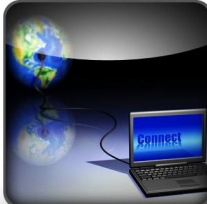 July 8, 2020 (San Diego’s East County) - East County Magazine's World Watch helps you be an informed citizen on important issues globally and nationally. As part of our commitment to reflect all voices and views, we include links to a variety of news sources representing a broad spectrum of political, religious, and social views. Top world and U.S. headlines include:

Trump administration formally withdraws US from WHO (The Hill)

The White House has officially withdrawn the United States from the World Health Organization (WHO), a senior administration official confirmed Tuesday, breaking ties with a global public health body in the middle of the coronavirus pandemic…Sen. Robert Menendez (D-N.J.), the top Democrat on the Senate Foreign Affairs Committee, tweeted that the administration informed Congress of the withdrawal. "To call Trump’s response to COVID chaotic & incoherent doesn't do it justice. This won't protect American lives or interests — it leaves Americans sick & America alone," the senator tweeted.

The regulation was the latest attempt to undermine the “contraception mandate,” a signature initiative of the Obama administration.

The court delivered a blow to President Trump in his efforts to block New York's chief prosecutor fromobtaining troves of his financial records and tax returns.

International students will be forced to leave the U.S. or transfer to another college if their schools offer classes entirely online this fall, under new guidelines issued Monday by federal immigration authorities.

What the Supreme Court’s Abortion Decision Means (The Atlantic)

Trump promised to appoint justices who would “automatically” overturn Roe v. Wade. The chief justice just made sure that won’t happen before the 2020 election.

Hong Kong was once a home for critics of Beijing. Now they might not even be safe at the airport (CNN)

…the city's new national security law… doesn't only clamp down on freedoms at home. It also puts foreign citizens who criticize the Chinese government anywhere in the world at risk of jail if they even set foot in the city -- even if they are just transiting through the airport.

After months of denying the seriousness of the pandemic and brushing aside protective measures, Mr. Bolsonaro felt symptoms of Covid-19. More than 65,000 Brazilians have died of the virus.

Notre Dame spire will be rebuilt exactly as it was (BBC)

France's president puts an end to speculation that the restored spire will be modern in style.

Trump pointed to European nations in his call to reopen schools. These charts show US is nowhere near them (CNN)

President Donald Trump says schools in the United States should reopen, pointing to countries where kids are back in classrooms without causing major new coronavirus outbreaks. But most of the countries he mentioned waited until after their infection rates fell before reopening schools. In the US, the rates are still growing rapidly.