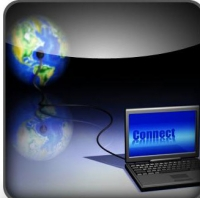 April 30, 2021 (San Diego’s East County) - East County Magazine's World Watch helps you be an informed citizen on important issues globally and nationally. As part of our commitment to reflect all voices and views, we include links to a variety of news sources representing a broad spectrum of political, religious, and social views. Top world and U.S. headlines include:
U.S.
WORLD

​For excerpts and links to full stories, click “read more” and scroll down.

U.S.
State Department To Issue Travel Warnings Amid 'Unprecedented' COVID-19 Risks (NPR)
The U.S. State Department on Monday announced plans to expand travel advisories, urging U.S. citizens to stay home as the COVID-19 pandemic continues to pose "unprecedented risks" around the globe. The updated travel guidelines are intended to curb visits "to approximately 80% of countries worldwide" that are experiencing dramatic spikes in cases, the department said in a statement.
US West Prepares For Possible 1st Water Shortage Declaration (AP/KPBS)
U.S. water officials are projecting the man-made lakes that store water used throughout the American West will fall to historically low levels and trigger an official shortage declaration for the first time.
Biden’s plan to invest $400 billion to make long-term care cheaper is really popular (Vox)
The high costs of long-term care impacts everyone. Democrats and Republican voters want Biden to do something about it.
Biden plans to cut emissions at least in half by 2030 (Washington Post)
The new target, to be announced this week, would be a near-doubling of the goal that the nation promised under the Paris climate agreement in 2015.
‘Fourth Amendment Is Not For Sale Act' Would Ban Clearview and Warrantless Location Data Purchases (Vice)
The sweeping bill has support from both Democrats and Republicans, and will address multiple forms of surveillance.
Capitol Riot Suspect Turned In By Match He Allegedly Bragged To On Bumble (NPR)
A suspect in the U.S. Capitol riot was arrested after allegedly bragging about his involvement in the insurrection to his match on a dating app, who promptly reported him to law enforcement.
WORLD
Coronavirus has crushed India’s health system. Patients are on their own. (Washington Post)
In India’s devastating second wave of coronavirus infections, patients and their families are on their own, fighting to save their loved ones in an overwhelmed system where ambulances, hospital beds, oxygen, medicine and even cremation grounds are in short supply…The country is reporting more than 300,000 cases and nearly 3,000 deaths a day… Some are dying not because they have covid but because they cannot access proper care. Late Tuesday in Delhi, there were just nine intensive care beds for covid patients available in a city of more than 17 million…Each day brings reports of people dying just outside hospitals.
Cuba's Raul Castro steps down, ending the era of his famous clan at the country's helm (CNN)
When Raul Castro announced three years ago that he would step down in 2021 as head of Cuba's all-powerful communist party, he surely envisioned the island on firmer economic footing and the transition to a new generation of leadership nearly complete. Things have not worked out exactly according to Castro's plan.
Britain’s goodbye to Philip: A pared-down funeral, minute of silence and a solitary queen in a chapel (Washington Post)
The royal family was together in mourning. But all eyes were on the reception for breakaway Prince Harry.
With a sense of betrayal and relief, Afghans eye a future without U.S. troops (Washington Post)
For some Afghans, the U.S. invasion created opportunities that would have been unimaginable just years before. But the same forces also ripped communities apart.