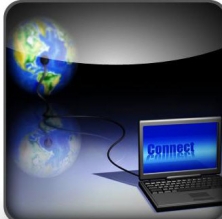 June 15, 2021 (San Diego’s East County) - East County Magazine's World Watch helps you be an informed citizen on important issues globally and nationally. As part of our commitment to reflect all voices and views, we include links to a variety of news sources representing a broad spectrum of political, religious, and social views. Top world and U.S. headlines include:

The Criminals Thought the Devices Were Secure. But the Seller Was the F.B.I. (New York Times)

Global law enforcement officials revealed a three-year operation in which they said they had intercepted over 20 million messages. Hundreds of arrests were made in more than a dozen countries.

As Shootings Continue to Surge in 2021, Americans Set to Face a Summer Plagued by Gun Violence (Time)

A drastic rise in gun violence apparent in 2020 continues to plague American communities at devastatingly high levels through 2021.

The United States has identified three online publications directed by Russia’s intelligence services that it says are seeking to undermine COVID-19 vaccines produced by Pfizer and Moderna, a State Department spokeswoman said on Sunday.

Senate Republicans on Tuesday blocked legislation aimed at addressing pay inequality, marking their second successful use of the filibuster under President Biden…The bill would limit employers to "bona fide" factors such as education, training and experience when justifying pay differentials in wage discrimination claims. Employers would also be prohibited from retaliating against workers who compare salaries and barred from inquiring about prospective employees' salary histories during the hiring process.

Vice President Harris will visit Guatemala and Mexico starting Sunday in the first foreign trip of her tenure, amid political unrest in Latin America that complicates her task of addressing the root causes of regional migration.

The  efforts appear to be an attempt to distract from the Trump administration’s uneven and chaotic response once the virus began spreading within the U.S.

Donald Trump's speech before the North Carolina Republican Party Saturday night was a reminder of the danger the former President poses as he undermines America's election system while attempting to reassert himself as kingmaker on the national stage.

As Shootings Continue to Surge in 2021, Americans Set to Face a Summer Plagued by Gun Violence (Time)

A drastic rise in gun violence apparent in 2020 continues to plague American communities at devastatingly high levels through 2021.

Netanyahu out, Bennett in as Israel marks end of an era (Reuters)

Benjamin Netanyahu’s record 12-year run as Israel’s prime minister ended on Sunday with parliament approving a new “government of change” led by nationalist Naftali Bennett, an improbable scenario few Israelis once could have imagined. But the razor-thin 60-59 vote of confidence in a coalition of left-wing, centrist, right-wing and Arab parties with little in common except a desire to unseat Netanyahu, only underscored its likely fragility.

President Biden and other Western leaders had tough words for Russia and China, but they had trouble finding common ground on some big issues.

The Group of Seven wealthy democracies agreed Saturday to support a global minimum corporate tax of at least 15% in order to deter multinational companies from avoiding taxes by stashing profits in low-rate countries.

Buried Alive In Mongolia's Worst Sandstorms In A Decade (NPR)

…Southern Mongolia was hit particularly hard; successive sandstorms have killed an estimated 1.6 million livestock, which many herders depend on for income.

One candidate is a former boxer and promises to fight for people as hard as he did it in the ring.  Another launched his campaign by coming out of a coffin…Between September of last year (when the electoral process began) and the end of May, there were 89 assassinations of politicians in Mexico and 782 crimes committed against them…

‘Not again’: Jon Rahm told he has Covid on live TV while leading US PGA event (Guardian)