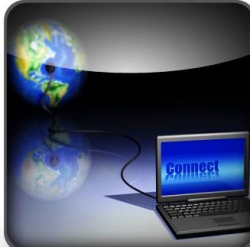 NEW! You asked for national and world news. Now we've got it.

December 2, 2010 (San Diego's East County)--East County Magazine has scoured publications from around the world to compile this week’s top news stories. Stay informed!  Never heard of Wikileaks? Want the latest on those bare-all airport scanners? Need current info on economic indicators and top international news? How about Congressional actions that affect you (such as today’s vote on tax cuts)?

Find out here! Top world and national news headlines this week include:

HEADLINES (Scroll down for excerpts and links to full stories)

December 2, 2010 (BBC) -- The US House of Representatives has passed a bill that would extend tax cuts for middle class Americans while letting them lapse for the wealthy.

Jeffrey Redfern, 27, and Anant Pradhan, 23, who are members of the law school’s class of 2012, said the security measures taken at airports are “intrusive” and violate the Fourth Amendment of the U.S. Constitution, according to a complaint filed Nov. 29 in federal court in Boston.
http://noir.bloomberg.com/apps/news?pid=newsarchive&sid=aa4lFHOYlIng

Climate deaths more than double in 2010

November 29, 2010 (Reuters) WASHINGTON D.C. – Climate-related disasters killed 21,000 people in the first nine months of this year, more than double the number in 2009, the humanitarian organization Oxfam reported on Monday.

Timed to coincide with the start of international talks tackling climate change in Cancun, Mexico, the report cited floods in Pakistan, fires and heat waves in Russia and sea level rise in the Pacific island nation of Tuvalu as examples of the deadly consequences of climate change.
http://news.yahoo.com/s/nm/20101129/sc_nm/us_climate_deaths_1

Heavy snow and sub-zero temperatures have been causing another day of disruption to northern Europe and its transport network.
http://www.bbc.co.uk/news/world-europe-11895107

November 30, 2010 (Reuters) Washington D.C. - The U.S. government said it would tighten security after WikiLeaks released more than 250,000 U.S. diplomatic cables that include candid views of foreign leaders and blunt assessments of security threats.

December 1, 2010 (Newsweek) Washington D.C.--Julian Assange’s data dump has helped confirm that America’s democracy agenda is over. The project of liberating the Middle East from tyrannical regimes and installing free governments was once a centerpiece of the United States’ post-9/11 strategy, but the latest cables released by WikiLeaks reveal a far different reality.
http://www.newsweek.com/2010/12/01/wikileaks-shows-how-u-s-ignored-democ...

New York Times (December 1, 2010 ) Washington D.C. -- The Pentagon has concluded that allowing gay men and women to serve openly in the United States armed forces presents a low risk to the military’s effectiveness, even at a time of war, and that 70 percent of surveyed service members believe that the impact on their units would be positive, mixed or of no consequence at all.
http://www.nytimes.com/2010/12/01/us/politics/01military.html?_r=1&hpw

November 30, 2010 (North County Times)--Nearly 7 of every 10 Marines in combat roles say repealing the policy that prohibits gays and lesbians from serving openly would harm their unit's effectiveness, more than any other branch of the armed forces, according to a long-awaited Pentagon survey released Tuesday.

Forty-four percent of all service members said unit effectiveness would be harmed by its repeal; among the Marines whose jobs are on the front lines, that number rose to 67 percent.

December 1, 2010 (Sacramento Bee) Washington D.C. – The U.S. Supreme Court on Tuesday waded into the thorny and long-standing debate over California prison overcrowding: should thousands of prisoners be released to alleviate horrific penal conditions for those who remain?

China reacted to the increased tensions after the artillery shelling of a South Korean island killed four people by urging a return to the six-party talks that include North Korea, South Korea, China, the United States, Japan and Russia.

"Beijing's call for consultations will not be a substitute for action," said Adm. Mike Mullen, the chairman of the Joint Chiefs of Staff.
http://www.cnn.com/2010/US/12/01/mullen.china.nkorea/

Everything You Ever Wanted to Know About the Prop 8 Trial

When the marriage ban was declared unconstitutional earlier this year, proponents appealed to the 9th Circuit Court of Appeals. They'll hear oral arguments in the case on December 6th. CSPAN will broadcast the trial, and observers are expected to pack the court's overflow room.
http://www.nbcbayarea.com/news/local-beat/Everything-You-Ever-Wanted-to-...

December 1, 2010 (Christian Science Monitor) -- November Senate Republicans pledge not to take up any issues, including extending unemployment benefits, until the Bush tax cuts and federal spending bills are sorted out.
http://www.csmonitor.com/USA/Politics/2010/1201/Unemployment-benefits-no...

I like it very much because it has very helpful articles of various topics like the latest news. I am a googler and search on many topics. By searching i found this nice website.

gud to read this news added to my knowledge