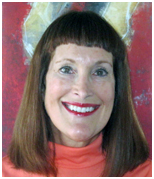 Mimi Pollack, a writer for East County Magazine, a La Mesa resident and a teacher at Grossmont College, has launched a GoFundMe account to help a nonprofit assisting refugees from the Middle East and Africa who have flooded into Europe after fleeing violence in their homelands. Masses of migrants have been forced to camp in a park, lacking basic needs such as clothing and shelter with winter fast approaching.  You can donate to the fund here:  http://www.gofundme.com/6k3w8pu4

Pollack writes, “I have been deeply saddened by the plight of the immigrants/refugees arriving in Europe. The picture of the little Syrian boy was also very disturbing,” she adds, referring to a photo of a child who drowned after his family, like thousands more, risked their lives aboard a boat that overturned in the Mediterranean Sea.  There is a crisis going on in Europe right now, and in my own, small way, I want to help."

So she made contact with Solidarité Grands Froids, a small, but reputable non-profit agency in Belgium that normally works with homeless people, but is now working with the newly arrived refugees who are living in camps and have next to nothing. The nonprofit is providing refguees with blankets, clothes, toiletries, and other needed supplies.

In an article posted at San Diego Jewish World, Pollack describes herself as a “spiritual” Jew whose parents emphasized her international roots.  To celebrate the Jewish New Year, she believes in “starting the New Year with good deeds toward others.”

“I hope you will consider donating,” she concludes. “Helping others is food for the soul and good karma.”