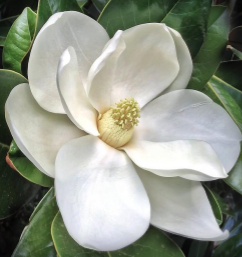 April 23, 2019 (El Cajon) – When the East County Performing Arts Center reopens later this year under management of Live Nation, it will have a new name:  Magnolia Performing Arts Center. Magnolia is the city of El Cajon’ official flower and its image appears in the city’s logo. The center, located on Main Street, is accessed off the Magnolia Avenue exit from Interstate 8.

Live Nation wanted the name change to make the center a destination for all of southern California, avoiding a regional reference.

The action was not without controversy. Activist Stephanie Harper spoke in public session at a recent Council hearing to object to the decision being made by city manager Graham Mitchell without public input. Mitchell has said a quick decision was needed due to the impending opening date.

The theater opened in 1977 and was widely praised for its excellent acoustics. But the building fell into disrepair, needing costly upgrades including a new roof, heating and air conditioning systems.  The facility has been shut down for more than a decade while the city grappled with a solution.

The City and Live Nation have retained Rios Clementi Hale Studios, an architectural firm familiar with contemporary performing arts center designs, to oversee the remodeling of the 1,200 seat theater. Construction is being managed by the Wieland Corporation.

According to the city’s website, Live Nation’s arrival is expected to be a “game changer for downtown El Cajon and the community. It will bring nationally renowned acts to the heart of the City.”

Under contract, Live Nation plans to feature at least 50 events in the first year and plans to expand to 65 events by the fifth year of operation. Live Nation also manages the House of Blues in San Diego and the Mattress Firm Amphitheater in Chula Vista.

Once bookings of shows begins, listings will be available at Live Nation’s site at https://www.livenation.com/venues/78896/magnolia-performing-arts-center.

And the tiles would last a very long time, but the cost would no doubt be prohibitive. The trees which obstruct the building need to be removed as well.
One can drive past the building without knowing it's there due to the way it's oriented and how it blends in. My idea would be to have a large mural painted on the south side,, facing Main St.

I've often thought myself that a mural, either painted or a mosaic in tile, would be a beautiful addition to the theatre which is very dull on the exterior.