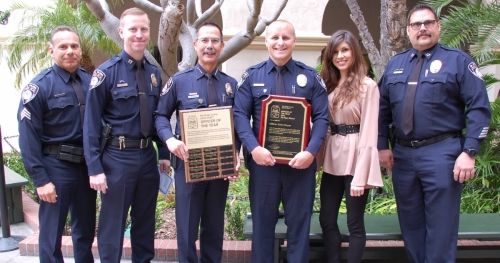 The event honored 32 officers from law enforcement agencies countywide. Each agency selects an officer who has recovered the most stolen vehicles in their area,  and each receive a plaque, but only one officer is chosen Top Officer of the Year, says Monica Zech,  emcee of the event for 27 of its 29 years.  Zech is also public information officer for the city of El  Cajon.