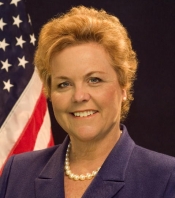 November 9, 2009 (San Diego) --Mr. Bilbray and his Republican colleagues in Congress just don’t get it. They need a shot of reality before they render themselves completely obsolete. It's way past time to stop the empty excuses, tired remedies and baseless accusations in regards to Healthcare reform. It's time to work together for the health and well-being of our families, our economy and our national security.

This is a very personal issue. In San Diego County, over 600,000, or 20.2% of people are uninsured and tens of thousands more are under-insured. According to the U.S. Census Bureau, in Bilbray's own Congressional district, 15.8%, or over 103,000 people are currently without health insurance.

In fact, under Mr. Bilbray’s preferred proposal, NONE of those 103,000 will gain access to healthcare. What solace does Mr. Bilbray offer his constituents who have no hope of gaining access to insurance? Tone deaf remarks about illegals, tort reform and tax credits won't get them in the door to see a doctor. Will he suggest that they can just go to the Emergency Room?

Congressional Republicans offered a last-minute plan that estimates that by the year 2019, 83% of non-elderly legal U.S. residents will have access to health insurance—the very same number who are covered today! In other words, the Republican “alternative” will do NOTHING to increase coverage of the uninsured. Conversely, under the plan currently proposed by Congress, the CBO estimates that by 2019, 96% of non elderly legal residents will be covered.

According to the CBO, the Affordable Health Care For Americans Act of 2009 will be paid for by the provisions in the bill. Where was all this outrage and concern about cost and the rising budget deficit when the Republican Congress rammed through The Medicare Prescription Drug Act of 2003 in the middle of the night? With no provisions to pay for it and a sweet deal that prohibited negotiations to reduce the cost of prescription drugs, this program that was rubber stamped by the Republican Congress ballooned to $724 billion by the time it was implemented in January 2006.

Contrary to Mr. Bilbray’s and Republican protestations, the Affordable Health Care For Americans Act of 2009 states clearly that residents in the country illegally are NOT eligible to participate in the program. In other words, no taxpayer funds will be used to provide health insurance to those present illegally, PERIOD!

It's time to stop the obstruction and get serious about healthcare reform. San Diegans deserve better. Our businesses are being stifled by the astronomical costs of providing health care to their workers. Small businesses are making the difficult decision to stop providing coverage for their employees, or face the prospect of going bankrupt. Families are one illness away from catastrophic consequences.

The health plan passed by Congress this past weekend is far from perfect, but it is a monumental first step towards fixing the ills currently plaguing health care in America. It's time for our Representatives to get in step with the American people.

Francine Busby is a candidate for Congress in the 50th District in San Diego County.  The opinions expressed in this editorial are those of the author and do not necessarily reflect the views of East County Magazine. If you wish to submit an editorial for consideration, contact editor@eastcountymagazine.org.