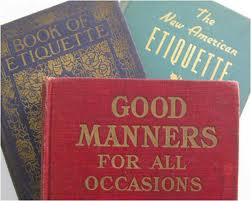 “The next time you decide to write a story like this one, I have a suggestion. Go bite a dog." -- Bill Horn staffer Anita Lightfoot, in an e-mail to Valley Roadrunner editor David Ross

March 24, 2012 (San Diego) – On Wednesday, March 28 at 9 a.m., Supervisors will vote on whether to abolish community planning groups or radically reduce their powers. Proposals made by developers on a "Red Tape Reduction Task Force: include making planning groups pay for appealing County decision, taking away liability insurance for volunteer community planners, and more.

The article sparked heated exchanges between Supervisors, planning group members and residents at a hearing earlier this month.

Now, an article written by Valley Roadrunner editor David Ross criticizing Supervisor Bill Horn has sparked a testy response from Horn staffer Anita Lightfoot.   She not only dished out insults to Ross, but also slammed community planning group members and by innuendo,  everyone who doesn’t think  planning boards should rubber-stamp  developments that negatively impact residents.

“The next time you decide to write a story like this one, I have a suggestion,” Lightfoot wrote in an e-mail to Ross. “Go bite a dog.”

Her barbed remark referenced a favorite quote Ross includes under his signature, which reads,  “I can handle big news and little news. And if there’s no news I’ll go out and bite a dog.”

Ross forwarded the e-mail exchange to ECM, with the notation that “After months of trying to get a rise out of Horn over the planning group issue, I finally got his communications person to lose her cool!”

Lightfoot took issue with an article by Ross  titled Planners gear up for second battle at BOS March 28. (Click and scroll down to read full story:  http://www.valleycenter.com/archives/2012/031412.htm .)

Ross took Horn, along with Supervisor Ron Roberts, to task for launching a “concerted effort” to largely abolish planning groups by removing their county liability umbrella, among other proposed measures.  He recounted testimony by Pauma resident Patsy Fritz, who confronted Horn at a recent board meeting.

“Mrs. Fritz ridiculed Horn’s assertion that planning groups cost the County too much money by comparing the cost of a toxic workplace lawsuit that a former member of Horn’s staff filed several years ago to how much the Board of Supervisors’ lawyer, county counsel, estimated that individual planning members cost the county over the years,” Ross wrote. Horn’s lawsuit cost the County $70,000 in legal bills---compared to just $17 a year to provide liability coverage for each volunteer planning group member.

As ECM has previously reported, Ross noted that both Supervisors Dianne Jacob and Pam Slater-Price have voiced strong opposition to eliminating planning groups and further, Slater-Price has said she believes the Red Tape Reduction Task Force exceeded its mission scope in drafting such a plan. Supervisor Cox is widely viewed as the swing vote, but may push for a compromise, in Ross’ assessment.  He included quotes from Oliver Smith, Chair of the Valley Center Planning Group that bolstered his contention regarding Horn.

Lightfoot, however, contended that  “this is not a witch hunt orchestrated by Supervisors Horn and Roberts.”   She denied that Horn is dead set against planning groups, adding, “That is a lie.”

She noted that the County is financially responsible if a planning group member makes a mistake that “could bleed the County finances,” never mind that Horn’s own actions did just that. She claimed that Fritz, who previously ran against Horn, had inaccurate numbers.  She accused Ross of publishing an editorial and labeling it news and questioned his “honesty and integrity”, among other derisive remarks.

Ross, it should be noted, has previously published editorial content authored by Horn and cautioned irate voters against launching a hard-to-succeed recall effort against the Supervisor who has long been viewed as developer-friendly to a fault, among other controversies.

Horn’s aide didn’t stop at trashing Ross, however.  She next went on to denigrate the qualifications of community planning group members, whom Ross referred to as “planners.”

Lightfoot’s poison-pen letter continued, “Your use of the word `planners’ is another example of being fast and loose with the facts. A planner has a degree and certification. It is an insult to our county staff to refer to no-growth activists with little or no formal training as ‘planners.’”

No-growth activists?  Apparently Lightfoot hasn’t heard the controversies raging in some local planning groups, where opponents contend certain members are too developer-friendly or in one case, that an entire board has been taken over by pro-development interests.  Moreover, shouldn’t a community have the right to elect no-growth activists if it so chooses?  Is Lightfoot suggesting that members should blithely rubber-stamp every development proposal, however harmful its impacts to residents may be?

Those “no-growth activists”  so despised by Lightfoot have stood their ground and mustered community support to defeat major projects such as Blackwater’s proposed military training camp and a dump that residents feared could leach toxins into groundwater supplies.

Incidentally, the dictionary I consulted defines “planner” as “a person who makes plans, especially for the development of a town, building, etc.”  In short, precisely what community PLANNERS do, albeit in an advisory capacity.

Any points Lightfoot sought to score have been overshadowed by the caustic tone of her rant. This public employee displayed arrogance by insulting a respected long-time community news editor, though Ross, a proud curmudgeon, no doubt has a thick enough skin to take the heat.

Far more troubling, to this editor’s mind, are Lightfoot’s comments disrespecting the efforts and contributions of the  many sincere and hard-working community planning group members who volunteer their time and efforts to represent the best interests of the people in San Diego’s unincorporated areas.

People. Not developers. Or as the County’s Department of Planning and Land Use tellingly calls the developers, “clients.”

East County Magazine’s nonprofit  mission statement compels us to “reflect all voices in our community, particularly those that are under-represented.”  Thus we must take objection to any Supervisor who would take away the people’s voices by weakening or eliminating planning groups. Equally important,  we find it highly objectionable for a publicly paid staffer working for an elected official to disrespect the people’s rights to elect planners who reflect their community values – whether those values are pro- or anti-development, or somewhere in between.

So we have a suggestion for Ms. Lightfoot.

The next time she considers putting foot in mouth by trashing the taxpayers who pay her salary and the dedicated planning group members who represent those taxpayers, we suggest she pick up an etiquette book instead.

If you wish to submit an editorial for consideration, contact editor@eastcountymagazine.org

Miriam,and others, continue to support the local planning groups in their present form with the full knowledge that they are disfunctional, act outside the law on a regular basis, and in the end are not the "voice of the people" they purport to be. Of prime example is the Alpine Community Planning Group, an organization I have been part of for years and which I have watched slide into the forum for a special interest group, in this case the interest of the majority of the board members themselves. It has consistently violated/ignored the Brown Act, Policy I-1 (the County's own policy for operation of the planning groups), the CPRA, etc. I have repeatedly asked Miriam, and others, to press for the County to enforce these laws/regulations as a condition for their continued existence and though they have expressed support for this in private emails, I have yet to see an editorial pressing for such action. In the absence of such support, Miriam shows that she is not truly concerned with reform, but supports "more of the same". Such support enables the local groups to continue down the road of pressing the viewpoints of its members, and their private agendas, vice the desires of the communities which they are supposed to serve. It has been my experience that everyone would be much better off dealing directly with the County, vice through the "buffer" of the local planning groups.

I have run stories in the past on issues involving planning group members and other public officials who have had issues with alleged Brown Act violations.

For the record, I do support better training of planning group members and believe all public officials should be held accountable if they violate the law.

I do not however support eliminating all planning groups because of a few bad apples.  Improved training and enforcement, as well as the people excercising their rights at the ballot box to oust planners who aren't responsive to laws or community needs, are the correct solutions.

We saw this in action in Potrero, where a planning group some years ago approved a Blackwater facility over the objections of residents.  The Chair was accused of Brown Act violations and admonished by County Counsel to take corrective actions. There were other issues as well. Ultimately the people organized a recall election and recalled five planning group members.