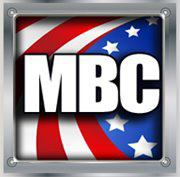 By John Mattes, Much Better Choices

Who should pay for San Onofre fiasco? The answer is obvious. Shareholders collect dividends while ratepayers pay tens of millions of dollars a year for a defunct nuclear plant. It's time for the PUC to step up.

There may be lots of questions yet to be answered about Southern California Edison's permanent shutdown of its San Onofre nuclear plant, but here are a couple about which there's no doubt. Who's responsible? Edison, 100%. Accept no argument that it did the best it could in overseeing a $700-million generator replacement project, but accidents happen. This wasn't an accident: It was the product of what Edison claims was its rigorous oversight of contractors.

How much should Edison's customers pay for the misengineering and mismanagement that led to mothballing a hugely important generating station? That's easy. The answer is nothing. Not a dime. What should happen to Edison electric rates right now? Also easy. They should be cut immediately by roughly 5%, which a back-of-the-envelope calculation says is the proportion of average electric bills represented by San Onofre. The task remains, however, of persuading the California Public Utilities Commission that these are the right answers. The PUC's own division of ratepayer advocates says the conclusion should be obvious: "They've been collecting costs for a facility that isn't operating and useful," says Mark Pocta, program manager at the division. Unfortunately, the PUC's history in this affair is discouraging.

The division of ratepayer advocates and other consumer groups have been urging the PUC for more than a year to take San Onofre's cost out of its rate base, so that customers wouldn't be stuck for more than $600 million a year Edison has been permitted to charge to run a nonfunctional plant. The commission didn't get around until November to ordering Edison even to track those costs in a special account so any ultimate refunds could be calculated. And until it acts further, you, me and all the other 6.8 million paying customers of Edison and San Diego Gas and Electric, its minority partner in San Onofre, will be forking over more than $68 million a month. Roughly $1 billion in payments for the useless plant has flowed out of customer pockets into the utilities' coffers since its January 2012 shutdown.

Some of that may be refunded to customers, but not for years. That's a consequence of the PUC's consistent inaction on a regulatory issue that should have had its undivided attention starting in that distant January. It's worthwhile to examine here the balancing calculation that Edison undertook in deciding to shutter San Onofre. On one side were the ratepayers; on the other, shareholders. The company brass has consistently signaled that the interests of the latter should trump the former. Speaking to investment analysts in April, Ted Craver, chairman and chief executive of Edison International, stated that "all material costs related to San Onofre are recoverable" from ratepayers, with the exception of money it hopes to snarf up from insurance policies and Mitsubishi Heavy Industries, the builder of the bad generators. And at an investor conference just nine days ago, Craver made clear that the most important factor in Edison's decision about running or closing San Onofre was what the PUC would say about charging ratepayers for the fiasco.

"Without clarity on cost recovery from the CPUC, this means that our shareholders are essentially underwriting the risk of the recovery.... We can't put our shareholders in that position." (Some clarity: Craver gave no indication then that the company was within nine days of closing the plant.)So the shareholders continue to collect $1.35 per share in annual dividends while a plant accounting for 20% of the company's electricity generation sits idle. And ratepayers continue to pay tens of millions of dollars a year for the same nonfunctioning shell. One of Craver's other remarks hinted at how Edison will argue that ratepayers should swallow the bill for management's abject failure. "We continue to believe that the actions taken and costs incurred," he said, "have been prudent." Edison's chief financial officer, Jim Scilacci, used nearly the same language during a call with investors Friday, after the shutdown announcement. The company spent some $700 million on equipment designed and built, it says, under its own watchful eyes. The job was so badly done that the equipment turned the plant into a useless hulk.

This is prudence? Lawyers have a Latin term that sums up the proper response. Res ipsa loquitur: "The thing speaks for itself.”

SCE's pattern of misinformation and not telling the truth is not limited to San Onofre.  Edison just agreed to a $37 million settlement with the California Public Utility Commission for the Malibu Canyon fire in 2007, finally admitting that it violated the law by not taking action to prevent the overloading of its pole by third-party telecommunications equipment.  A report in January from the CPUC found that Southern California Edison violated safety rules, discarded evidence and used outdated crisis plans when responding to a 2011 windstorm in the San Gabriel Valley, east of Los Angeles.  SCE has also dismissed the health concerns of another community, Chino Hills, concerned about the health risks associated with its plan to build high power 500 kv power lines as close as 40 feet from over 1000 homes. (Follow this link for more on this:  http://youtu.be/574jWVvx4Sk ) . Perhaps investors need to make some changes in management while the CPUC investigates what really happened in San Onofre.