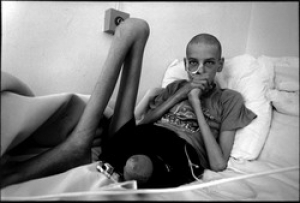 Apparently the lessons learned from the 1986 Chernobyl power plant reactor meltdown that caused the worst nuclear accident ever have been forgotten. In the United States in 1979, we almost had a similar accident when a partial meltdown occurred at Three Mile Island but the reactor was brought under control just in time.

Why the rush to build nuclear power plants again?

Thirty years later, we have not solved the dilemma of storing nuclear waste or the problem of what to do with the weapons-grade plutonium. It only takes about 18 pounds of plutonium to build a nuclear weapon.

In the United States, more than 60,000 metric tons of nuclear waste is stored in temporary storage facilities at 131 civilian and military sites around the country. The current storage solutions are only expected to last 100 years, while nuclear waste can remain lethal for 100,000 years or more. We must also consider the weapons proliferation risk in an age of transnational terrorism in addition to the risk of an environmental accident. These are just some reasons why we must adopt alternative renewable energy standards and use renewable energy sources rather than build 100 more nuclear power plants.

A conservative solution is to invest in clean energy sources that do not pose risks inherent in nuclear energy production and storage. These sources include creating bio-energy from plant matter or animal waste. For example, in Northern California, Pacific Gas and Electric Company and BioEnergy Solutions are building an innovative bio-gas project in Fresno County to deliver renewable natural gas derived from animal waste, reducing the carbon footprint at its source. And in San Diego, San Diego Gas and Electric Company has announced a partnership in a wind project on the Campo reservation using renewable energy. In Germany, the photovoltaic industry generates jobs in production, distribution and installation of solar energy.

In the United States, we can rebuild our manufacturing base by investing in renewable energy sources while creating good paying jobs that provide clean energy production.
While those in favor of building nuclear power plants claim nuclear energy is inexpensive and cost effective, they have not factored in the costs and risks associated with the building and maintenance of storage facilities for nuclear waste.

The United States should lead the world away from the dangerous expansion of nuclear power plants. We should phase out our nuclear energy plants over the next generation and continue to invest in other renewable energy sources which make energy costs more predictable in the future.

Tracy Emblem is an attorney and a Democratic candidate for U.S. Congress, California's 50th District. The opinions expressed here reflect those of the author and do not necessarily reflect the views of East County Magazine. If you wish to submit an editorial for consideration, contact editor@eastcountymagazine.org.