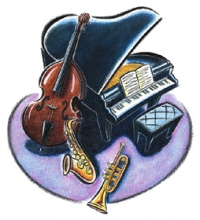 ..."There is no disagreement over the present lack of qualified theatrical management at ECPAC. If the City of El Cajon were to seriously consider hiring a good management group with a sound reputation, there would be no difficulty in obtaining talent to attract patrons."

November 1, 2009 (El Cajon) -- On Saturday, October 31, 2009, an article appeared in the San Diego Union-Tribune’s East County section entitled: “The Show Need Not Go On.” While there is some validity to this article, it has overlooked some very important issues.

First of all, for the past several years, the Grossmont Community Concert Association has conducted six major concerts a year at the East County Performing Arts Center (ECPAC). Reference to our organization is rarely mentioned in the media and that is a mystery, in that we are a major attraction to the theater. I use the word major because at each of our concerts we have a sold-out house, which means that well over 1100 East County residents have attended all of these events.

GCCA’s rental cost for the theater usually amounts to several thousands of dollars for each concert.
These concerts are not local “wantabes” but professional artists from all over the world who are obtained through a major theatrical agency in Nashville, Tennessee. In addition, because of the magnitude of the number of our patrons, funds are made possible to present outreach programs to our local schools along with scholarship awards for aspiring young artists.

Secondly, I do not agree that the theater cannot compete with local casinos. I am sure that there are thousands of folks who would much prefer to come to ECPAC rather than drive to distant locations for entertainment amidst noisy gambling and drinking establishments. There are many types of theatrical productions such as plays, ballets, operas/operettas and other types of concerts that could easily fill the theater. Not all entertainment involves one or two stand-up comedians or country or rock star singers and bands.

Lastly, there is no disagreement over the present lack of qualified theatrical management at ECPAC. If the City of El Cajon were to seriously consider hiring a good management group with a sound reputation, there would be no difficulty in obtaining talent to attract patrons. There are many reputable agencies anxious to provide quality talent. Along with proper publicity, ECPAC could be filled most of the time. Incidentally, if a volunteer non-professional group such as GCCA can be successful, think what a professional team could do.

City Mayor Mark Lewis and his council have agreed to have open forums to allow concerned citizens to voice their opinions and needs and we applaud them for that. Many of these concerned citizens are the same folks or groups that helped raise funds and personally donated toward the building of the theater in the 1970’s and deserve the opportunity to voice their concerns and needs. We also believe that the City of El Cajon should show their support of the arts through monetary donations to the theater just as many other San Diego County cities do.

The October 31st published article states that there is no formal plan regarding the so called two-year renovation program. Really? Then why does it take two years to accomplish? One cannot help but think that there is an agenda with definitive plans that the City Council chooses not to reveal.

ECPAC is truly a jewel in our community. While repairs and upgrading are certainly in order,, the theater should be preserved. It is an outstanding venue and with proper management, could produce good revenue as well as build patronage to the many restaurants and other business in the area. Sounds like a win-win situation for everyone.

The opinions expressed in this editorial reflect those of its author and do not necessarily reflect the views of East County Magazine. To submit an editorial for consideration, contact editor@eastcountymagazine.org.