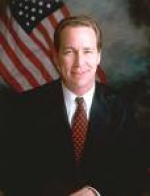 September 3, 2009 (Sacramento)--It’s time for California’s legislative Democrat leaders to either get serious about water reform or get out of the way.

So far they haven’t done either one.

California is in the midst of a water crisis that affects everyone who lives here. The existing water system is broken and is no longer capable of meeting our needs. Millions of residents are facing cutbacks in their water supplies, rising costs and the threat of rationing. Tens of thousands of jobs and billions of dollars have been lost from the state’s economy in just the last three years. And federal environmental regulations are sending billions of gallons of our fresh water supplies to waste into the ocean.

Fortunately there is a growing consensus among the state’s academic experts, environmental, fisheries and wildlife agencies, farmers, public water providers, business leaders and specialists in economics and engineering on what needs to be done. Environmental restoration in the Delta, increased surface and groundwater storage, water conservation and new conveyance systems to protect the purity of the water supplied to two-thirds of California’s population are all part of that prescription.

But instead of getting behind the plan, the Democrat leaders in the Senate and Assembly are backing a package of “water bills” that set us back decades in the discussion and offer no options for increasing water supplies or reliability.

Instead of supporting the twin objectives defined by the Governor’s Delta Vision Commission – repairing the Delta environment and restoring water system reliability – the bills do the bidding of the radical environmental movement in seeking to multiply, elaborate, extend and confuse them. To give you a small example of that confusion, if the bills were enacted, the entire state would wind up paying for economic development in the villages and small towns of the Delta while well established private water rights were involuntarily taken away from others without any compensation.

For the last two years, a coalition of fish and wildlife agencies, conservation groups and water districts have been working together on a Bay Delta Conservation Plan, to balance improvements in conveyance with the need to ensure that there will be sufficient water flows through the Delta to restore endangered fish populations. But instead of expediting those carefully coordinated plans, the bills throw up roadblocks that probably guarantee they will never be implemented. And certainly guarantee there would be no increase in water supply or reliability.

Instead of focusing on the needs of the state as a whole, the bills focus only on the needs of the Delta and the agenda of the radical environmental lobby. Everyone agrees that protection of the Delta is a key issue that must be addressed as part of any plan to fix our broken water system. But these so-called water bills propose to create a new government bureaucracy, dedicated to the interests of the Delta above all else, that would be given a stranglehold over the water supplies that all the rest of California needs.

The debate over these bills is one that pits the people who are concerned with California’s future against those who want to maintain an intolerable and unsustainable status quo. On the one side are people of both parties, representing diverse communities from one end of the state to the other, who recognize that California cannot rebuild the economy we all depend upon unless we fix the water system. On the other side are a small band of special interests allied with the extreme environmentalists who don’t want any change at all.

If the majority party members of the Legislature cannot demonstrate the leadership to advance California’s future, then we will all be paying the price for having lost another year to legislative power plays and gridlock.

Senator Hollingsworth represents the 36th state Senate district, which includes East County. This editorial reflects the views of its author and does not necessarily reflect the views of East County Magazine. If you wish to submit an editorial for consideration, please contact editor@eastcountymagazine.org.

I can't understand how this problem has become so political. No one seems to just want to solve the problem. I contend that there is not a water shortage at all. We have a whole ocean only miles away, so how can it make any sense to bring water from the Colorado river, over the mountains, or from the Delta all the way here.

I used to be a news camera man for KFMB Ch 8, and I filmed the ground breaking of the sea water conversion plant on Point Loma perhaps in the early 60's. I drank some of the first water out of it when it opened. I filmed the dismantling of the plant when they took it to Cuba for our troupes at Guantanamo Bay.

I worked with a company perhaps 15 years ago that was involved in large RO systems and I filmed a portable system that was installed in Santa Barbara to supply 4 million gallons per day to get them through a drought. At that time I was told that we did not do municipal sea water conversion because it cost 15 to 25% more than Colorado water. Well my bill has gone up more than that and is expected to go higher.

What is the problem?

And I don't have time to get into the wonderful project at Santee Lakes, I drank water coming out of that also.

I heard that there is a sea water plant going up in North County and might be on line in 10 years. Ten Years? How can that be.

How can we continue building new homes when they tell us that there is not enough water for those of us who live here now? I say, leave our water bills alone and add extra costs to new construction.

It is frustrating that every one, and I mean EVERYONE puts their own spin on it and it really is a very simple problem.

Like my dear old dad used to say, "I will believe that there really is a water shortage when I drive down the road and see brown golf courses!"