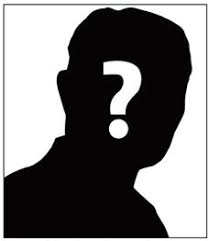 April 28, 2010 (Deerhorn Valley) – Five days after a man’s dead body was found by motorists on Deerhorn Valley Road following a night of freezing temperatures, San Diego Sheriff Bill Gore has not bothered to issue a press release. Neither has the County Medical Examiner. The Sheriff’s office has not returned a call from ECM requesting information on the man, who carried no identification.

Why aren’t local authorities interested in getting public help to identify the deceased stranger?

The man was found by motorists Stan and Anne Evosovich along the side of the road just east of Elena Lane shortly before 7 a.m. on Thursday, April 22. They stopped and called 911. Anne Evosovich later wrote a letter praising Deerhorn Valley volunteer fights for their swift response. Firefighters from the Deerhorn Valley station arrived on the scene within minutes, as well as Cal Fire and San Diego Sheriff’s deputies. Emergency responders found the man with no pulse; rigor mortis had set in.

According to Rural Fire Batallion Chief John Kremensky, “The deceased man had no identification, but appeared to be an international traveler.”

Kimberly Hamilton, editor of the community news site www.DeerhornValley.net, had this to say about the man’s final hours. “Temperatures dropped below freezing the previous night; winds gusted 40 mph accompanied by driving rain. During the worst of the storm, two undocumented men had turned themselves in to the fire station to escape the deteriorating conditions. This man was not as fortunate.” 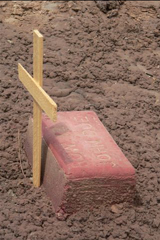 Whether the man was an illegal border crosser is uncertain, though hundreds have died in San Diego and Imperial Counties since construction of the border wall began, nd many lie buried in unmarked graves at a cemetery in Hemet.

It’s one thing to bury an unidentified migrant after making reasonable efforts to locate family. But to utterly ignore the death of a human being is unconscionable. Regardless of one’s views on immigration or the need for reforms, we should all agree that when a person dies, it should not be treated as a non-event by local authorities.

“It is a sad way to have a life end…someone’s son, husband, brother, or father is not coming home," Hamilton observed. "With no identification or way to contact his family, they may never even know what happened, or when, or where."

I disagree on one important point. There could be a way to locate family---if our Sheriff would notify the media in the U.S. and Mexico and include a description of the deceased man. Or does this Sheriff only call press conferences and notify the TV stations when a pretty white girl dies?

“Sad to think we're all safe and warm on that night,” Hamilton concluded in an e-mail to ECM, “when just yards away people die of exposure.”

The opinions expressed in this editorial reflect the views of the author. If you wish to submit an editorial for consideration, contact editor@eastcountymagazine.org.

They knew enough about him to identify a home village and were led to believe that his family was contacted. He was carrying no other identification. Something similar may have saved this traveler's life
Metatrader Programming

You've got to be kidding me.

By freely allowing illegal aliens to work our farms and ranches we are denying the social revolution that Mexico needs.

In times past, patriots would stay and fight injustice at home. Today, they simply follow the money north and allow the oligarchs to ruin their country without opposition.

It's a shame that we deny Mexicans the liberation that they so richly deserve.

I have received so many expressions of concern and regret from neighbors in Deerhorn Valley who passed by this unknown traveler as our firefighters professionally and respectfully dealt with the situation before turning over control to the sheriff's department. One former resident told of a worker to whom they had given a business card. Because of that card, they received a call when he drowned returning to Mexico. They knew enough about him to identify a home village and were led to believe that his family was contacted. He was carrying no other identification. Something similar may have saved this traveler's life, but often fear is found on both sides: those without documents who fear asking for live-saving help, and we who too often fear giving it. A family somewhere is waiting for a safe-arrival call that will never come.