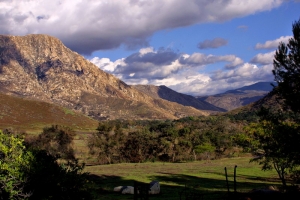 A public meeting will be held at the Lakeside Community Center located at 9841 Vine Street Lakeside, CA 92040 on Tuesday, September 25, 2018 from 5:30 to 8:00 P.M.  County staff will provide an overview of the Draft Subsequent EIR and solicit comments from those who attend.  Public comments are being accepted now through October 29th at 4 p.m.

Among other serious concerns raised in the EIR, the report acknowledges that the project has the potential to increase exposure of workers, residents and visitors to potentially deadly Valley Fever spores.  It would also negatively impact sensitive and protected species such as gnatcatchers and glossy snakes, as well as generating noise, dust, impacts on traffic and potentially, archaeological resources. The project has generated substantial opposition in the community, with a Preserve Our El Monte Valley page on Facebook devoted to opposing the project.

The Project Includes a Major Use Permit Modification (PDS2015-MUP-98-014W2) and a Reclamation Plan (PDS2015-RP-15-001) for mining to meet demand for sand needed for roads and highways, according to the project proponents. According to the county notice of public review:

The proposed project would extract 12.5 million tons of PCC-grade construction sand and gravel over a 12-year period from a 479.5-acre site in the El Monte Valley that includes the San Diego River channel. Mining would occur over 228 acres of the site in four phases to a depth of approximately 35 to 41 feet below the current ground elevation and would not excavate into the current groundwater table.  The proposed project would not utilize groundwater for any purposes.  A Statement of Reasons to extinguish access to mineral resources below the proposed mining depth has been prepared.

The processing plant would have a maximum production level of 577 tons of aggregate per hour and an offsite transportation limit of 157 one-way haul trips per day (27 tons per trip).  Processing plant operations would be conducted between 7 A.M. and 5 P.M. Monday through Friday, while offsite transporting of aggregate would occur on Saturday between 7 A.M. and 1 P.M. in addition to those hours.  Reclamation and revegetation would begin following the cessation of sand mining activities in each of the four phases.  Thus, reclamation and revegetation activities would begin in year four of the project and continue to year 16 (four years following completion of mining in phase 4).

The project is located in the Lakeside Community Planning area, within the unincorporated portion of San Diego County. The project site is bordered by El Monte Road to the south and Willow Road to the north and is 1.5 miles east of SR-67, where SR-67 crosses the San Diego River. The project site is three miles west of the El Capitan Dam.  The draft Subsequent Environmental Impact Report has identified potentially significant environmental impacts to aesthetics (and land use), air quality, biological resources, cultural resources, mineral resources, paleontological resources, hazards (vectors), noise and traffic.

In addition, comments can be sent via US Mail to: